The collection contains all manner of items from unique original pieces from the early days of Futuro through contemporary mass-produced items and everything in between. The collection currently (as of the date of the latest addition/update to this page) comprises 477 physical items plus 160 "digital" items (in particular digital copies of newspaper articles) and these pages are effectively the collection's "catalog".

Listed below are music CD's and vinyl records related to Futuro included in this collection.


Australian musician Bruce Stringer is described by Music Street Journal (where he is a staff member) as:

"... an Australian guitarist who has played internationally and worked on various independent soundtracks and theme-scores."

Bruce recently contacted us regarding his current CD, Ωne, which features artwork based on photos taken at Wanli and he even sent us a copy. Along with the CD Bruce also sent us a promotional guitar pick for the CD and a set of other photos shot at Wanli which can be found here. Many thanks Bruce.

For anyone who might be interested in obtaining the CD it is available as a digital download at CDBaby and as a physical CD on E-Bay. 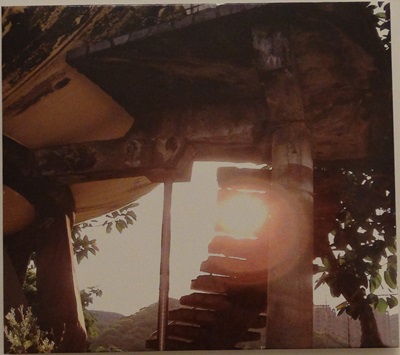 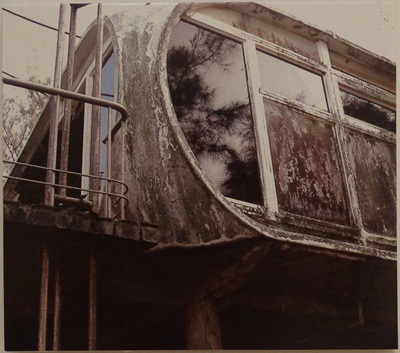 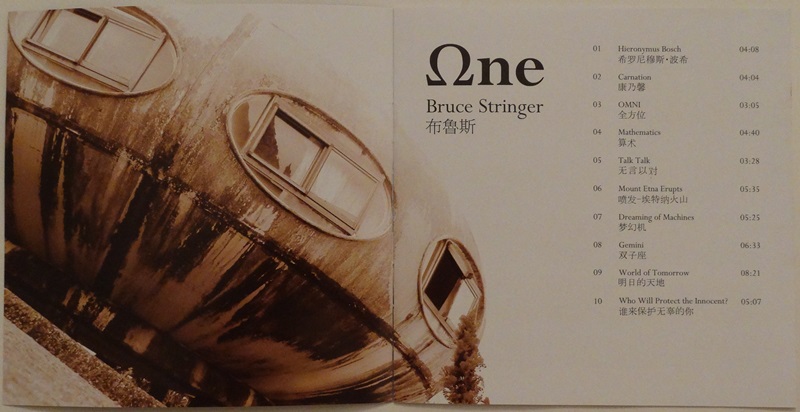 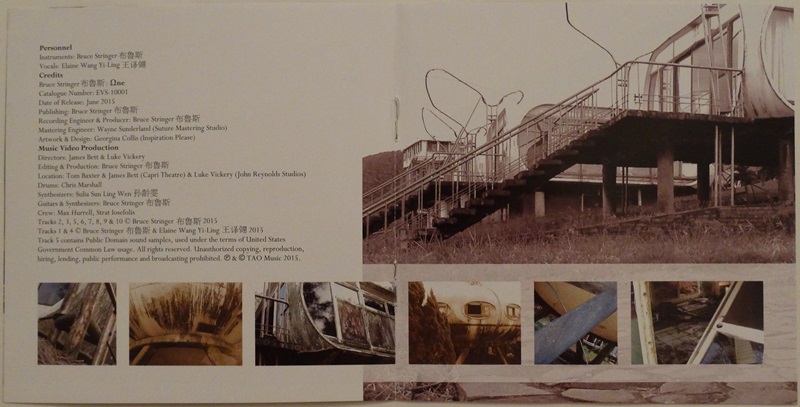 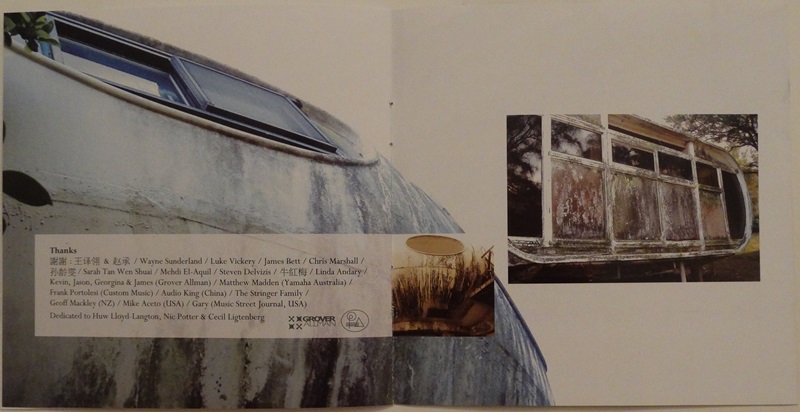 
The cover of Plano, TX singer/songwriter T. Heislen's CD High Mileage features a photo of the Royse City Futuro (prior to the 2014 exterior paint upgrade). The actual CD itself also features the same image. 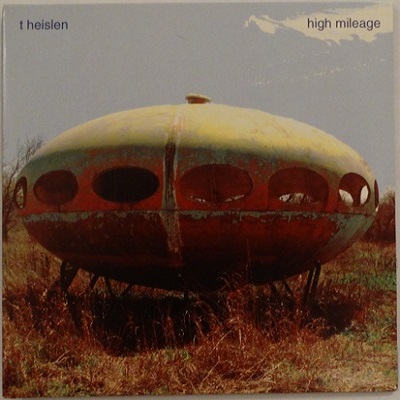 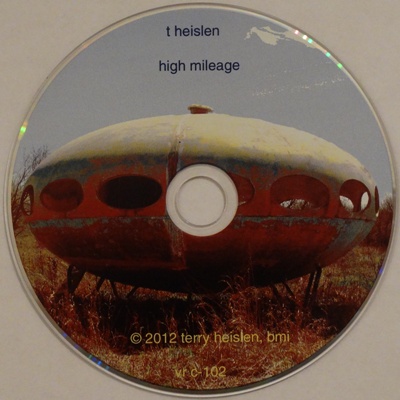 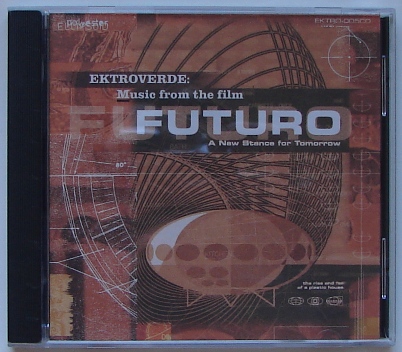 "Futuro - Music From The Film Futuro: A New Stance For Tomorrow" by Ektroverde is the soundtrack from the 1998 Mika Taanila short film of the same name. We have to confess that musically it is not really our "cup of tea" but hey - the CD has Futuro on the cover so it is not all bad! 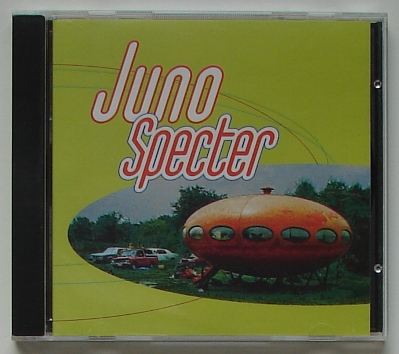 Juno Specter the self titled third album by the band of the same name features the Royse City Futuro on the cover. Judging by the photo is looks like it was taken at a time when the Futuro was in better condition that its current dilapidated state. Hopefully one day it will get some well deserved love! 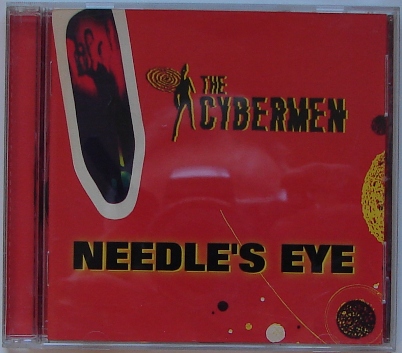 In the video we see the Futuro displayed at the Exposición Internacional del Confort Humano in Buenos Aires, Argentina in 1969 along with some shots of scale models of Futuros from an event we term "The Sandbox". 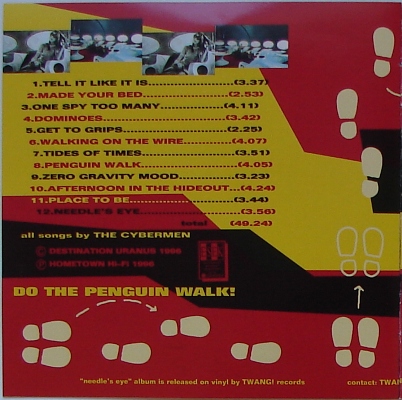 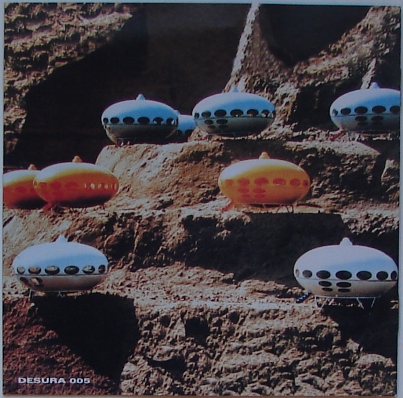 
Produced in 2004 the somewhat bizarrely named album Travelling Ants Who Got Eaten By Moskus is by Norwegian band The Low Frequency In Stereo (founded in 2000 in Haugesund, Norway).

Their music has been described as "a mixture of the long solo elements in The Doors set to the raptide of Joy Division's "Transmission" with the surf guitar twang of Dick Dale.

The cover art of the album features images of a Futuro House; it is not clear, to us at least, whether this is just "cool" art for the CD or whether in fact any of the tracks relate in some way to the Futuro. 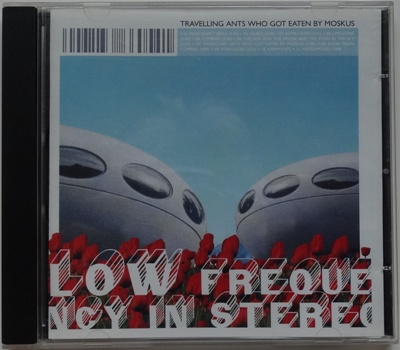 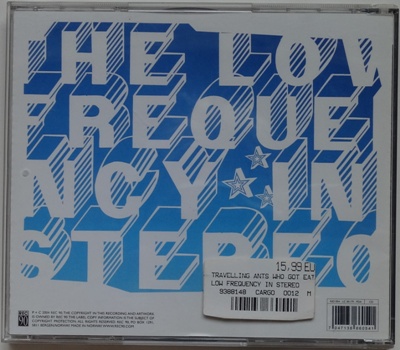 
In 1989 Perth based band The Summer Suns released the 7" single "All Away". The back cover of the record featured a photo of the Willeton Futuro (now disassembled and stored in a back yard in High Wycombe) 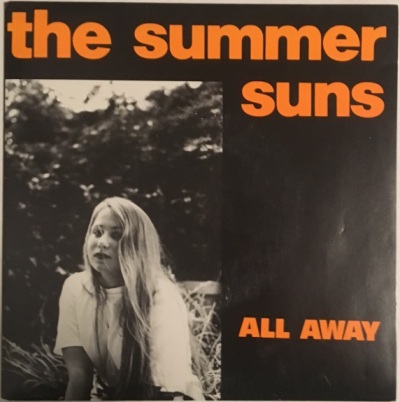 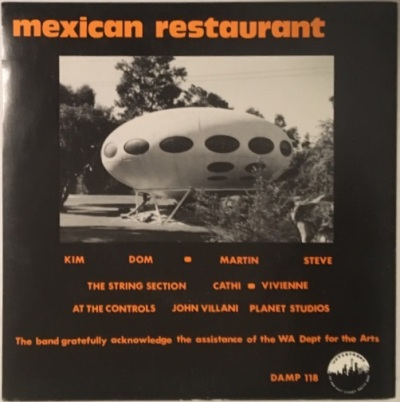 
The CD Astronaut by New Zealand band The Feelers features a photo of the Thames Futuro on both the cover and the actual CD. 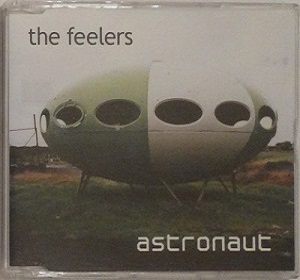 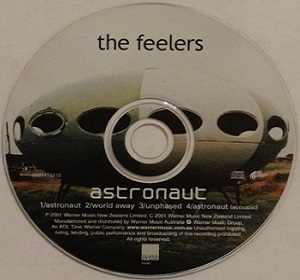 
The cover art for the CD Elektro GT by Mikko Hassinen features an iconic Futuro photo that shows a Futuro slung under a Swedish Air Force helicopter flying over a train travelling through a forest like landscape. More information on this photograph can be found here, here and here. 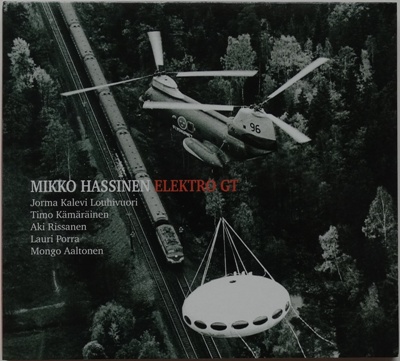 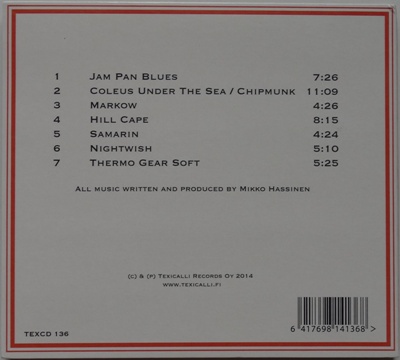 
Future House is a February 2004 release on the label Rambling Japan. The CD, by various artists, is characterized as being of the genre "Funky/Club House"; being not much of a music type that means nothing to us though this Wikipedia Page attempts to explain. The front and back covers and the insert feature the Futuro House. 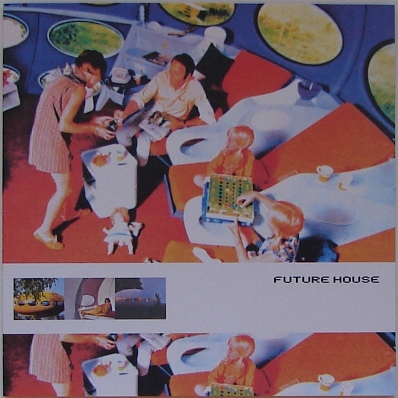 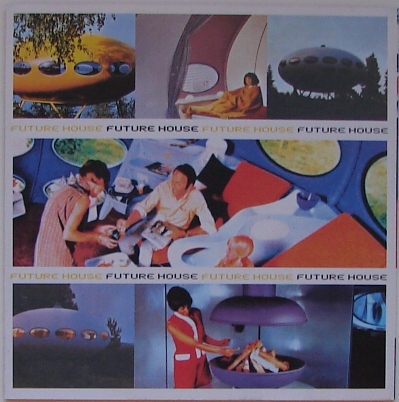 As delivered the CD had a small cardboard advert around the spine. This advert was for the DVD "Dreaming Future House"; not sure if the music on the CD is from the DVD or not; we have not listened to it. The advert can be seen in the two shots below. 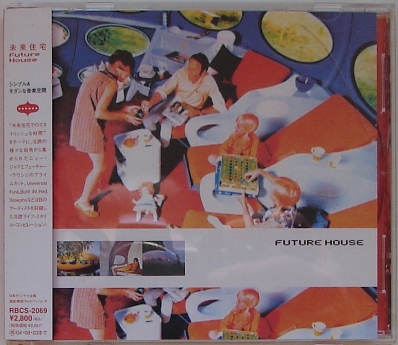 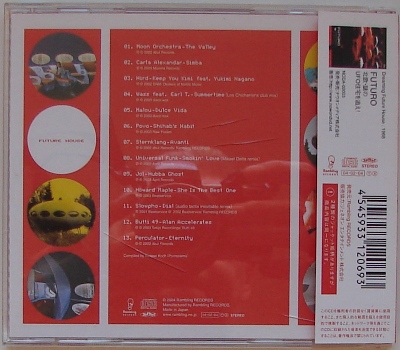 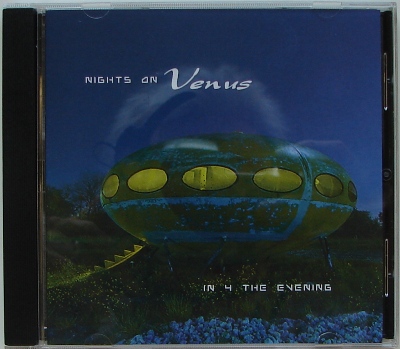 In 4 The Evening, released in 2012, was the second album by band Nights On Venus. A very cool photo of the Royse City Futuro is on the cover of the CD (and also on the interior art).

The photo is by Dallas based singer Noel Kerns who also creates amazing art using a technique called "Painting With Light." 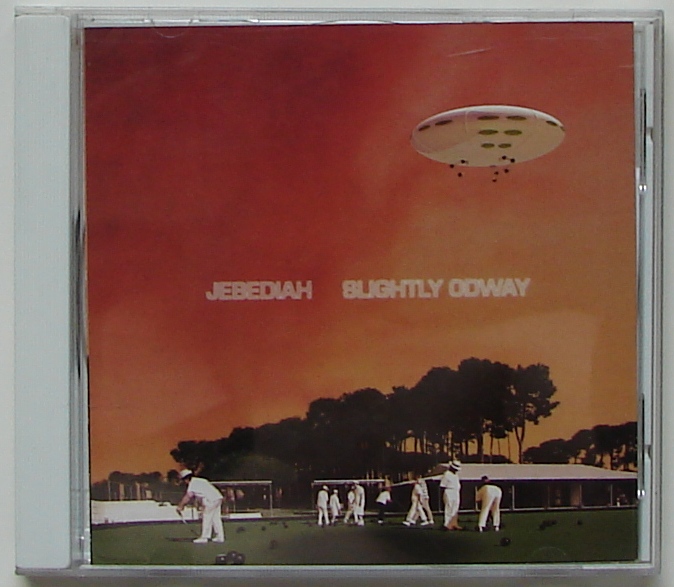 Slightly Odway by Jebediah features cover art that includes a shot of the Futuro currently in storage somewhere in High Wycombe, Perth and formerly located at Leach Highway/Karel Avenue.

At them time of writing this Futuro is the focus of a Facebook Group "Bring Back The Leach Hwy/Karel Ave Spaceship" (Dead link - archived pdf here).


This "split" 7" vinyl record is by The Dead Milkmen and FOD (Flag Of Democracy). According to a 2015 article on the website Punknews.org the record was pressed in 1985 but was then left abandoned in a basement only to be "rediscovered" in 2015.

The sleeve graphics feature a photo hailing from the series of Futuro models that were set up in a "sandbox" environment and photographed in 1969. An extensive set of photographs of this event is held as a part of the digital collections of the Espoo City Museum (the Espoo City Museum organization includes several museums among them being the WeeGee Exhibition Center which is the home of the fully restored Futuro #001 previously located in Hirvensalmi). The photographs, displayed on this site under CC BY-ND 4.0 license, can be found here. 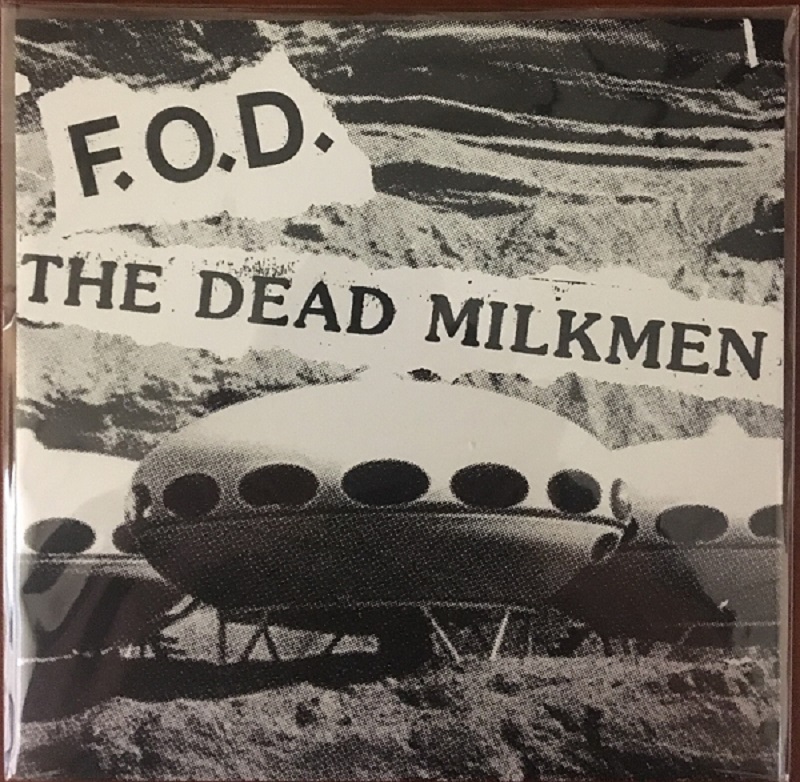 
This 4 ¾" square record features an image of the Dombai Futuro. It is stamped on very thin plastic or vinyl; far thinner than a standard vinyl record.

According to Google Translate the description of the item on the Russian Auction site we purchased it from read "1970 photography flexi plate Dombai camp site singing hearts clouds in the river musical souvenir". With no means of playing it and, even if we had, no way to understand Russian we have no idea what the track actually is. 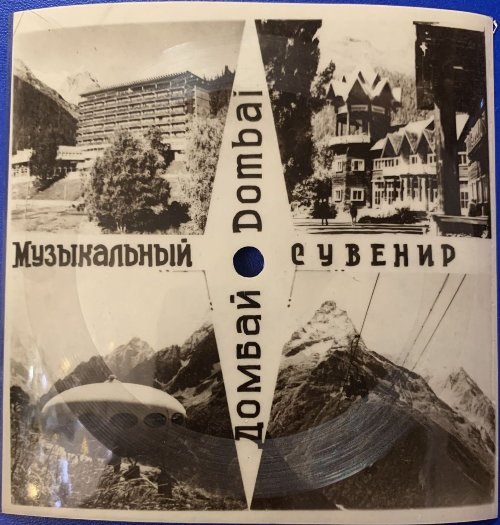