Genesis Of An Architectural Icon 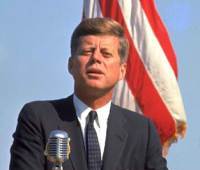 The human creative process is fascinating; there is an old saying that "necessity is the mother of invention". That may well be true but it seems to me that there are "muses" other than necessity that are just as likely to inspire creativity and new ideas. The Futuro House may well have come about because of the era in which it was born and it is entirely possible that it simply could not have ever seen the light of day had the initial idea, that spark of creativity that still fascinates so many of us decades later, come into being in a different era. 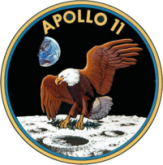 The Futuro House was born of the 1960's. Being born in 1958 the limited recollection I have of those times is filtered through the eyes of a child but the internet is awash with information and remembrances of those times. Despite the ongoing Vietnam War the 60's was a vibrant time, a time of enthusiasm and a time fondly remembered by those who lived it. The nightmare of the Second World War, never forgotten by those who lived through it, was at least beginning it's long transition from "now" to "history". The Great Depression was a couple of decades in the past. It was the era of the hope, and then the ultimate tragedy, of John F. Kennedy and of the heyday of the American Civil Rights Movement and of the always remembered "I Have A Dream" speech by Martin Luther King, Jr. The 60's also saw, and perhaps could be said to have been dominated by, the "Space Race" and the never to be forgotten Apollo 11 moon landing in 1969. I still recall having goosebumps as Neil Armstrong spoke some of the most famous words ever uttered by man; "That's one small step for man, one giant leap for mankind."

In popular culture the '60's saw the "hippie" movement, "make love not war", Woodstock and The Beatles. Psychedelic Drugs were in vogue. The fashion world saw the Bikini become mainstream and Mary Quant give the women of the world [or is that the men?] the Mini Skirt. The world was living in an era of hope and plenty. The Postwar Economic Boom had a few years yet to run and with the inexorable technological progress of the times it looked like technology would be the answer to the world's problems.

So how does all of this equal Futuro. While the world was experiencing an economic boom it was not without problems; one was its growing population and the associated need for economically viable, easily produced and transportable housing. So, while the Futuro was initially conceived of as a ski cabin that would be "quick to heat and easy to construct in rough terrain" the times into which it was born ultimately caused it to morph into a relatively cheap, "production line" house that would be at least one part of the answer to the world's housing issues.

Thus was born the Futuro House:

"Product For The 60's - Architectural Icon For The Ages"