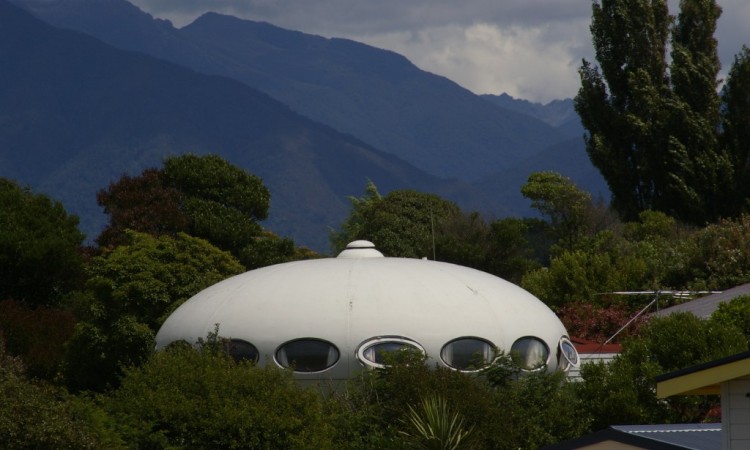 We recently added a copy of Nelson Observed: Portraits Of A New Zealand Province by Christopher B. Vine to our collection of "Things Futuro". The book showcases the author's talents for both drawing and writing as it presents a commentary on the buildings and architectural styles found in the area.

The book includes a brief mention of this Futuro though the one small drawing is captioned "The Space Age arrives at Pohara" and there is actually no mention of Futuro by name in the text. The book was published in 1992 which indicates the Futuro was on site at that time or earlier. Previously we had not been able to place it in Pohara any earlier than 2003. 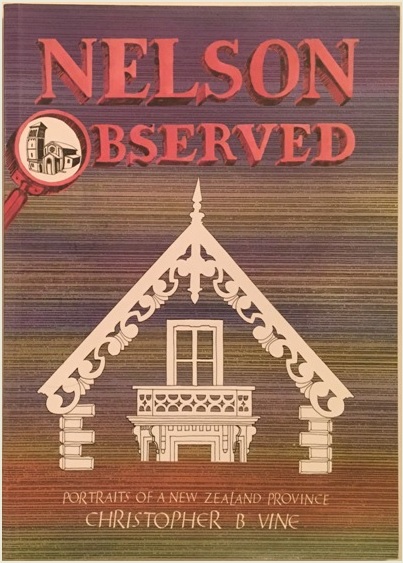 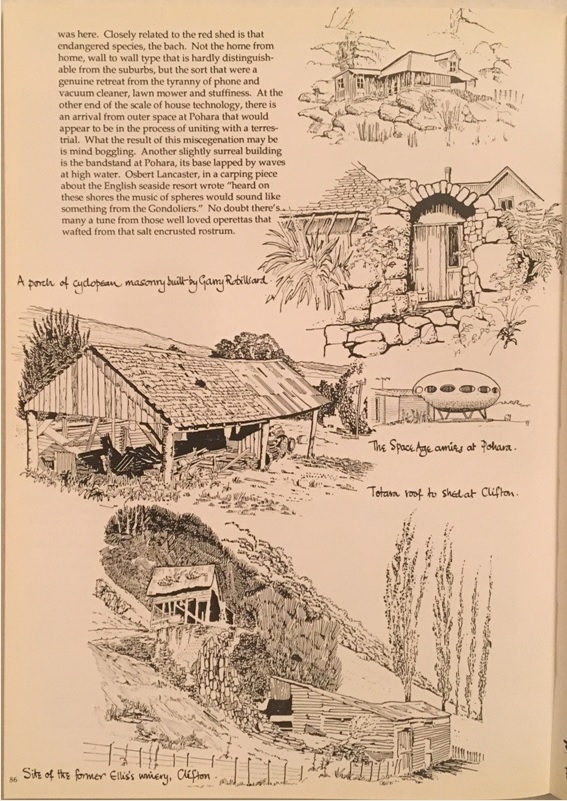 We have never come across many photos of this Futuro and with the lesser photographed Futuros such as this one it is always nice to see a "new" photo. That said this photo, posted to Instagram by sophierose007, which is not only a nice shot of the Futuro but also a great illustration of the idyllic nature of its location, is actually a couple of years old having been posted back on 112915. 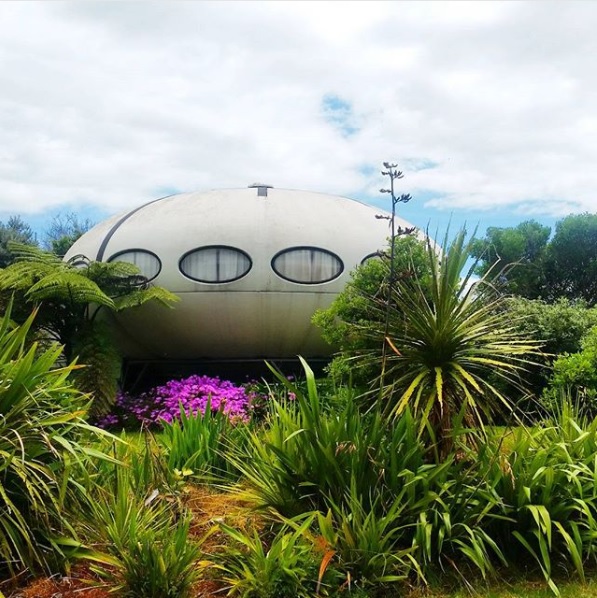 Paul Nightingale who posted this photo to Twitter a few weeks ago was kind enough to send us an additional couple of photos of this Futuro which are shown below. Interesting to note that the Futuro is "attached" to the dwelling. Paul describes the Futuro's entrance steps as being like:

"... an internal staircase into the rest of the house. Its pretty cool and expands both." 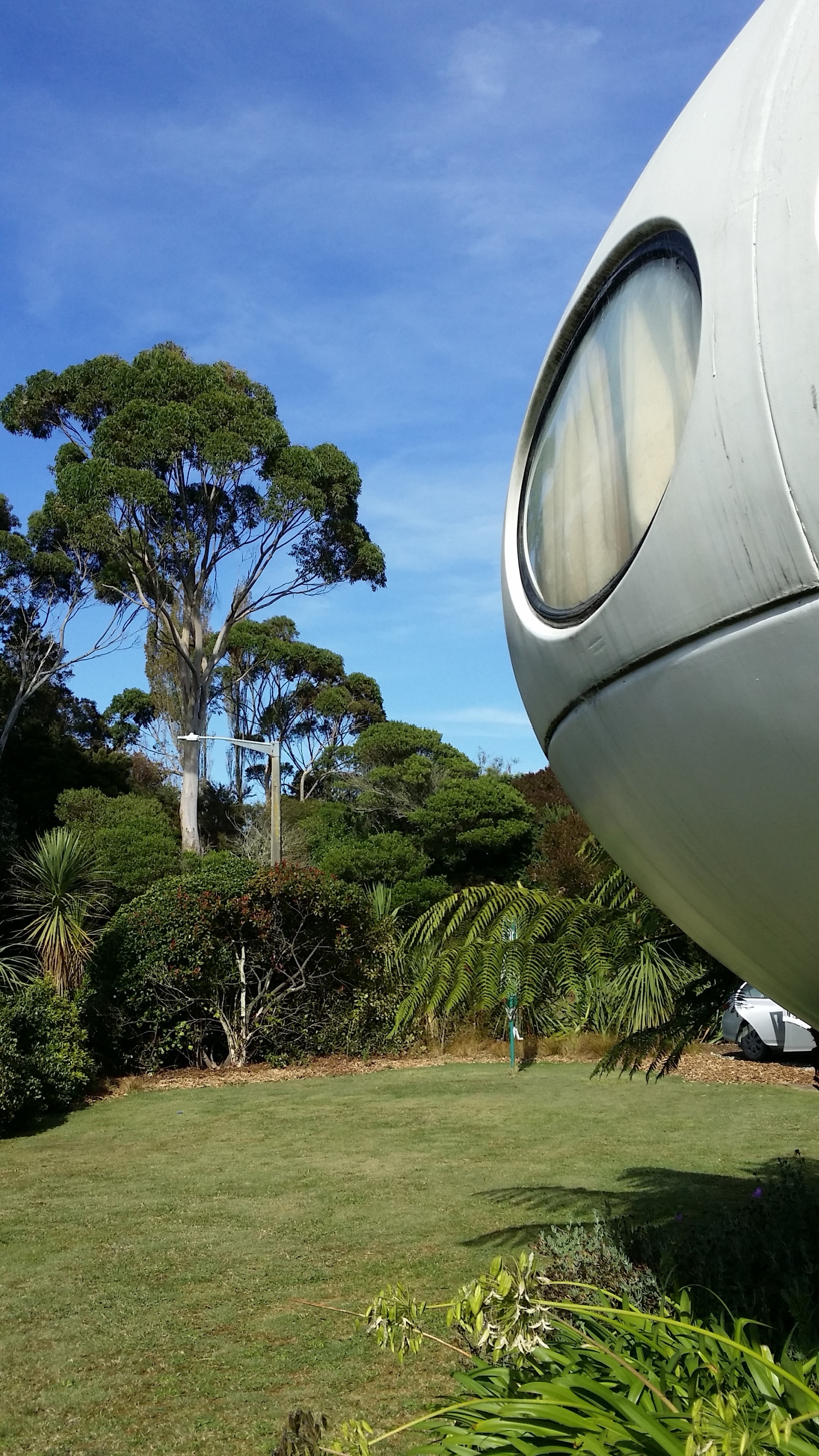 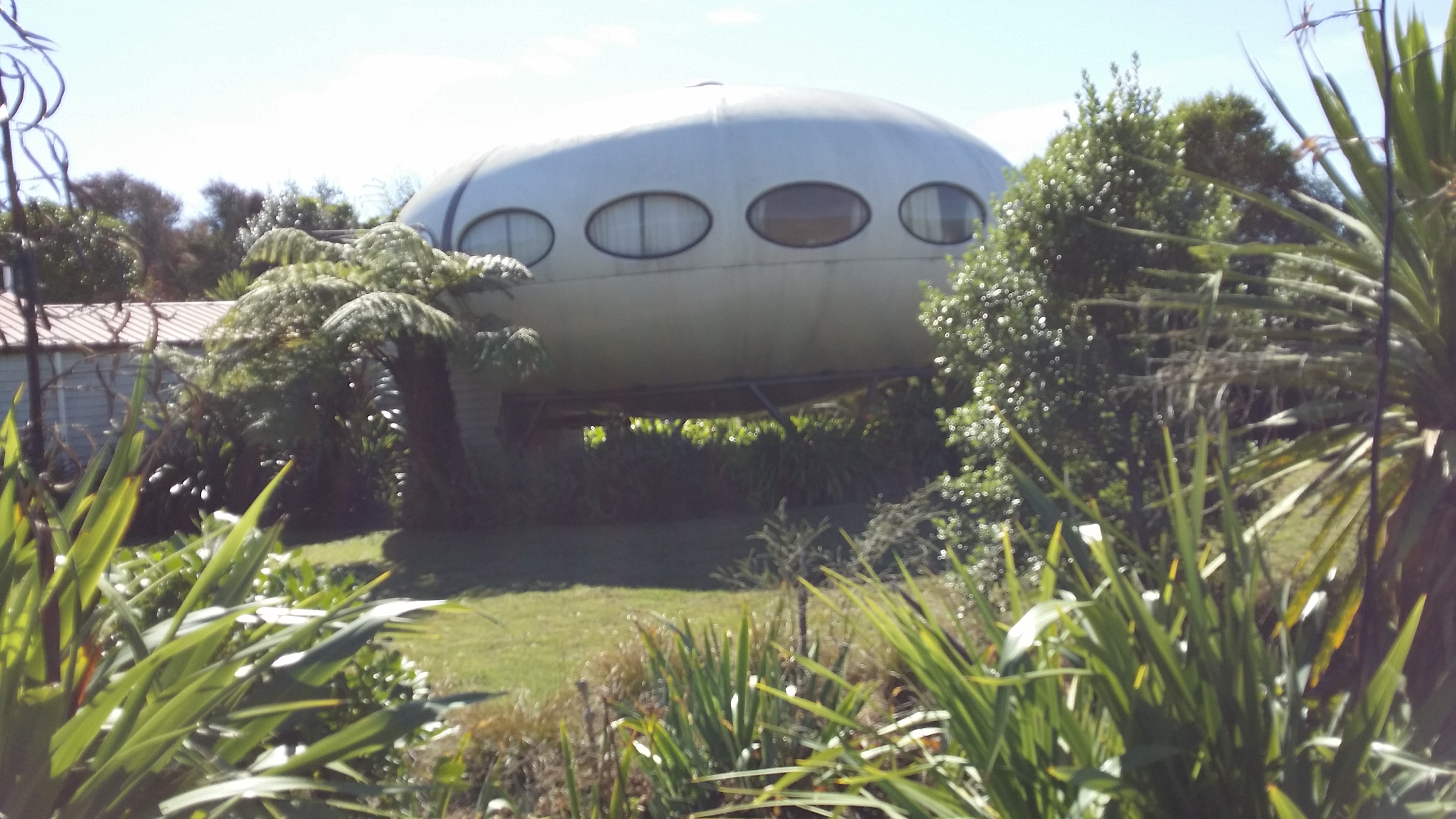 There are Futuros that seem to be photographed on an almost daily basis and others for which there are very few photos. This Futuro falls into the latter group and until today we had only ever seen one photo of this unit. The photo below is the second. It was taken by Paul Nightingale 032916 and posted to Twitter. The photo is displayed here with Paul's agreement.

"I'm staying in a Futuro house lit by lava lamps..."

Seems very appropriate for a Futuro House; in my mind the lava lamp is quintessentially "70's". 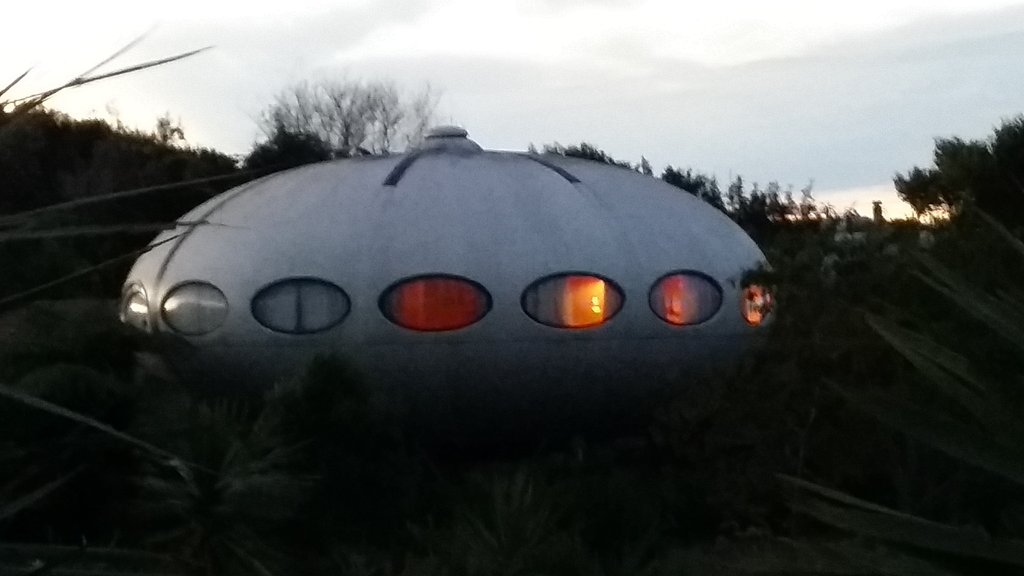 At the time of writing the Futuro in Pohara is a "new" one for want of a better word. Of course we know there are no "new" Futuros, manufacture ceased decades ago, so this could be more accurately described as a "newly rediscovered" Futuro.

Once again we have Achim Breiling to thank for yet another "discovery". The story of how Achim came upon this Futuro is interesting and demonstrates how the internet and its search capabilities can turn up information in the most convoluted of ways.

With the island's name in hand a Google search on that term produced a photoblog on the website fotodagboken.nu that included a short comment along with photos of the Aland Islands Futuro. The comment described the Futuro as a "tefatshuset" which Google translates to "saucer house".

A second Google search, this time on the term "tefatshuset" turned up a post on the blog "The New Zealand Story" (Swedish | Google translation to English here). One of the pictures that accompanied the blog post was a photo of a Futuro; a photo that showed a Futuro in an unrecognized location. The text of the post included the following (translated from the original Swedish by Google):

"The last picture depicts a Space Age-house we found in Pohara."

It was then just a matter of starting up Google Maps one more time and this time searching the small beach town of Pohara; that search revealed a "new" Futuro at 44 Selwyn Street, Pohara, 7183, New Zealand.

Google Earth satellite imagery places the Futuro in Pohara as late as 010711 and as early as 081003. We have no idea how long the Futuro was at this location prior to 081003 or where it might have been previously; we could speculate but even speculation requires something to work with.

If you do happen to know anything of the history of this Futuro or have any additional images please let us know.

We have only come across one photo of this Futuro, the one by Tobias referenced above and shown below. The next nearest thing we can come to is some nice (undated) aerial imagery from the New Zealand real estate website zoodle.co.nz. 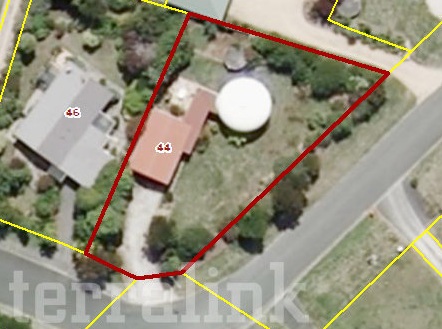 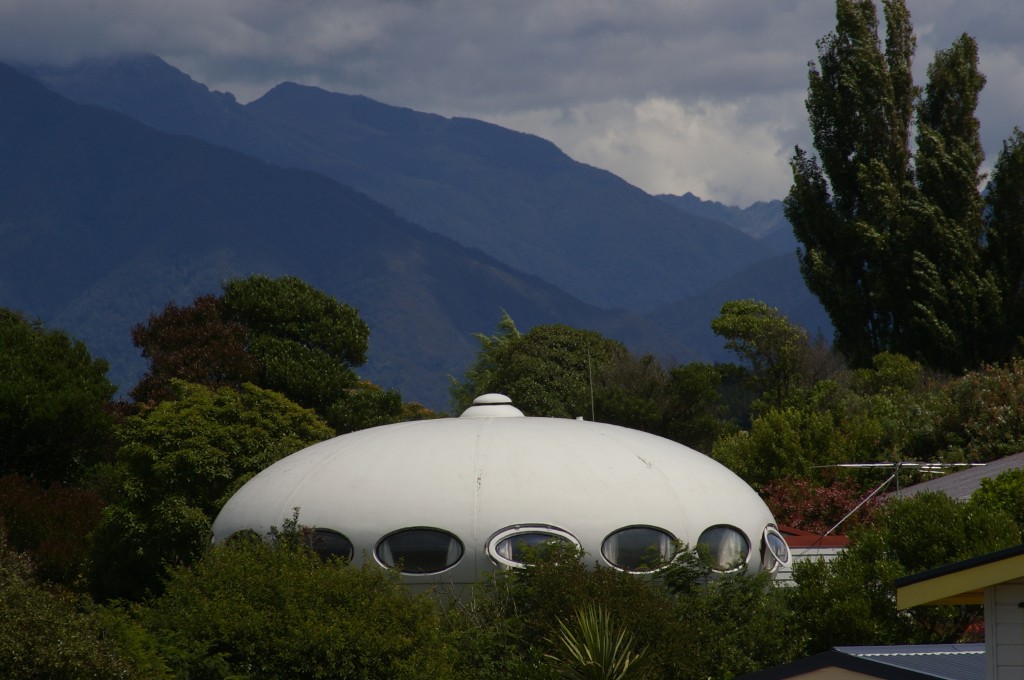