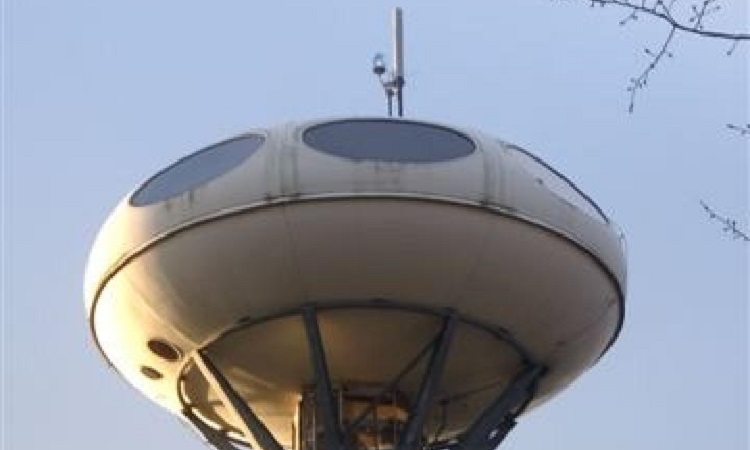 This week we received an email from Daniel Jensen who was able to provide some interesting information about this unit. In addition this was the Futuro with the oldest "confirmed date" so it was great to have confirmation that the unit is still there.

By a strange coincidence Daniel grew up not far from the firing range around Stråtjära, home of the other two Swedish Air Force Futuros, and he now lives some 30 km from Såtenäs Air Force Base where he has worked for the last several years.

Daniel tells us that the unit is located within the Air Force Base in the north east corner of the exercise area and that in the past it was used for the same purpose as the Stråtjära units (Såtenäs Air Force Base used to have a firing range for missiles and bombs to the north west of the Futuro).

Though the firing range is no more Daniel says that the Futuro is still in use:

"... not on a daily basis but a few times a year when we use a certain part of the exercise area for small arms fire. When using this particular area, the danger area for this exceeds the land/water line so therefore a security officer is watching out over the lake from the (Futuro) if there should be any people or smaller boats entering the restricted area."

Daniel ended his email with this rather amusing "Futuro fact"; the Såtenäs Futuro is actually known as "Svampen" (The Mushroom) by those who work around it because it looks rather like a giant mushroom from the ground.

Many thanks to Daniel for this interesting information.

The book Futuro - Tomorrow's House From Yesterday tells us that between the years 1969 and 1971 the Swedish Air Force purchased three Futuro's which were to serve as observation towers at a practice firing range north of Gävle, Sweden. The Futuro's were pre-assembled and then lifted onto concrete pillars rising above the trees in the area.

These Futuro's were modified to enhance fire safety and improve the exit. The book quotes Peter Stude, the project supervisor:

"Back then, the Swedish Air Force enjoyed a generous budget, and no expense was spared on comforts like heating and air conditioning. Before the Futuro's were installed, the lookout tower consisted of a crude two-by-two meter open platform."

We already knew that two of these Futuro's were located at Stråtjära but until today we had no idea where the third was. We had spent a great deal of time searching in Google Earth around Stråtjära assuming all three were located close together. Thanks to an email we received today from Patrik Eriksson we now know that this is not the case. The third Swedish Air Force Futuro is in fact located at Såtenäs Air Force Base some 500 or so kilometers away.

Interestingly if you zoom in on the location using Google Maps the object actually looks slightly angular rather than round though the shadow appears less angular and very similar (indicating that the tower is the likely mounted at the same height) to one of the Stråtjära examples. Check out these screenshots from Google Maps; they show two of the three Swedish Air Force Futuros; the first is this one, the Såtenäs Air Force Base unit, and the second is the south tower at Stråtjära. The images are remarkably similar and indicate that despite being far apart the structures, including the height of the towers, seem very much alike. 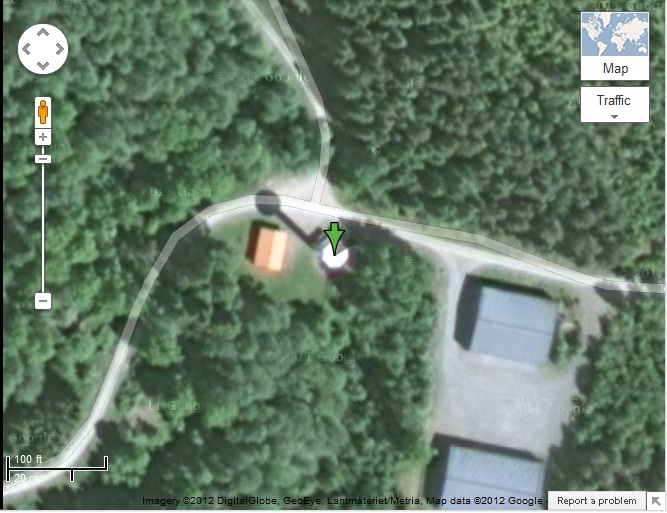 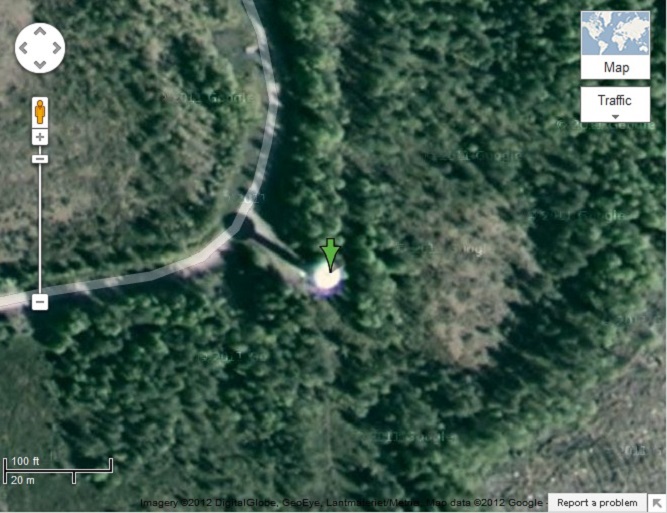 Despite the angular appearance in Google Maps we have no doubt that this is indeed the third Swedish Air Force Futuro and that the appearance in Google Maps is just a function of the satellite imagery. In an article on the website Riksettan we hear that Martin Johansson from Trollhättan (which is pretty close to the location) reports the Futuro on site and Patrik who told us about this Futuro also lives quite close by. The Riksettan article was published 112310 and presumably the Futuro was on site as at that date; we can only assume it is still there since the satellite imagery in Google Earth/Maps is from an earlier date.

So far, though admittedly after only a quick search, we can find nothing to indicate if the three Futuros were originally at the one location and one was subsequently moved or if this Futuro was always at this location. Google Maps cannot help as satellite imagery does not go back far enough; all we can establish from Google Earth is that this unit was on site as early as 092204. If you have any additional information about this unit please let us know.

To date this image from the above referenced Riksettan article is the only photo we have come across of this unit. We would love to see more so if you know of any please let us know. 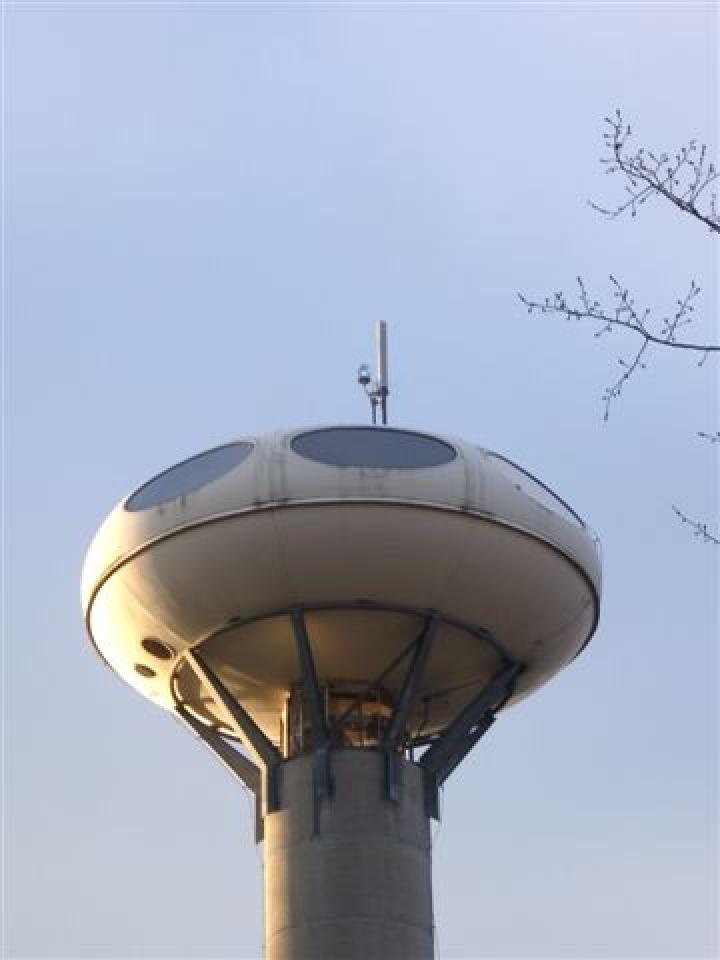