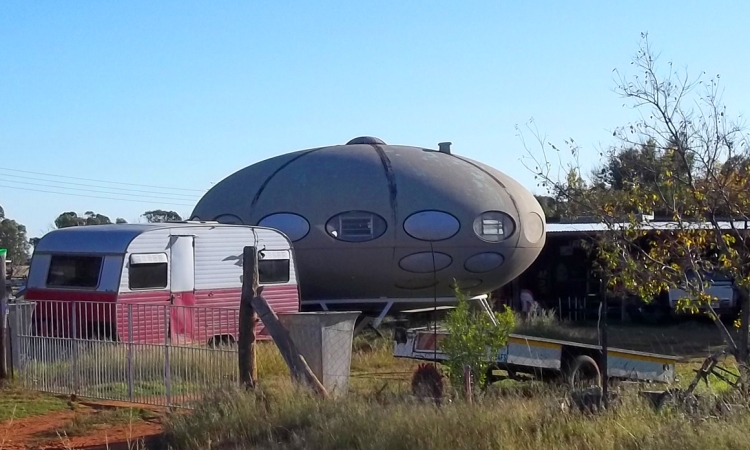 When this Futuro was added to this site back in July 2018 while we were reasonably confident the structure visible in Google Earth was a Futuro we could not be absolutely sure. That doubt is now well and truly "laid to rest". Jan Slazus visited the area 050419 and not only confirmed the structure was indeed a Futuro but also captured some great photos of the unit. The photos can be found below.

Jan also sent a couple of shots of other structures found in the area; until now there was still the possibility that what was visible in Google Earth was a similar structure and not a Futuro.

In his email Jan noted that the unit, perhaps not surprisingly, appears quite similar to the one located at one time in Post Alfred, South Africa (now of course owned by Craig Barnes and located in the UK). The roof vents and every other window having a rectangular insert with the ability to "open" are among the "commonalities".

It even appears the color may have been the same or at least similar at one time; a previous, light blue/teal, color can be seen where the current paint has faded/weathered away in the photos.

There is also one notable difference; the Port Alfred Futuro had a single pair of "lower viewing windows" (see this photo) whereas this unit features the more common set of four.

The fourth image below shows the actual location from which Jan shot the photos. The last two photos are examples of other more common structures found in the area; until now while we had concluded the structure visible in Google Earth was a Futuro there was still a chance it was not and could have been something similar to one of these other structures. Now of course there is no doubt.

Our thanks to Jan for taking the time to visit and for sharing his information and photos! 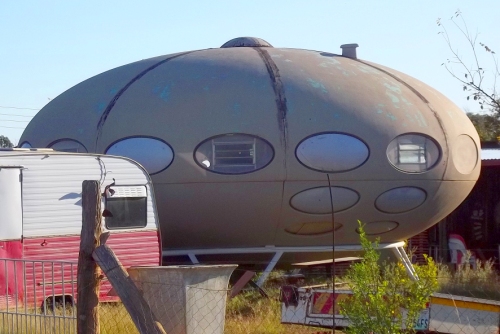 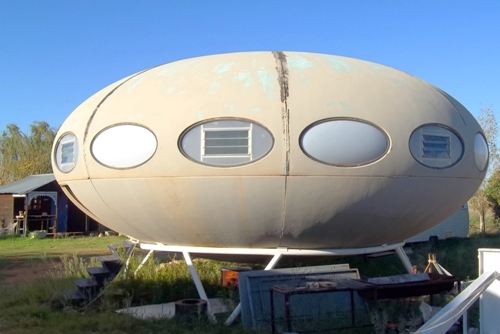 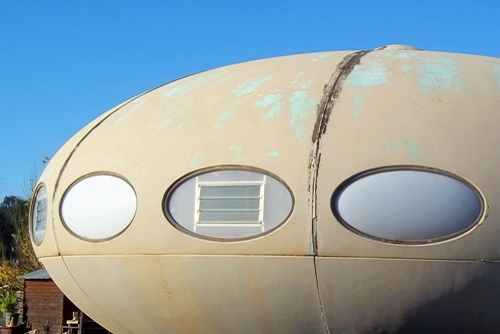 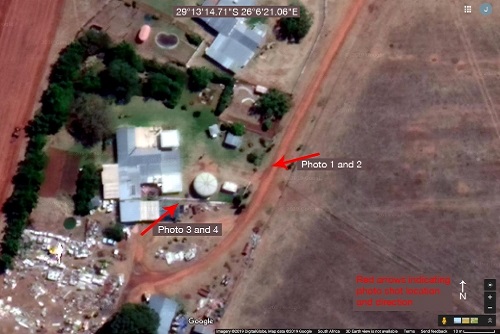 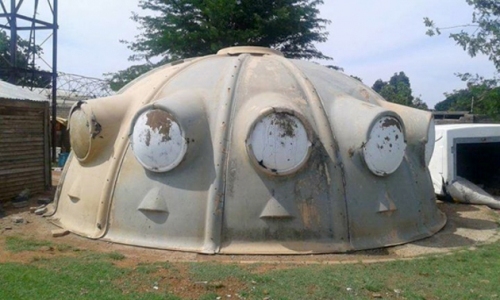 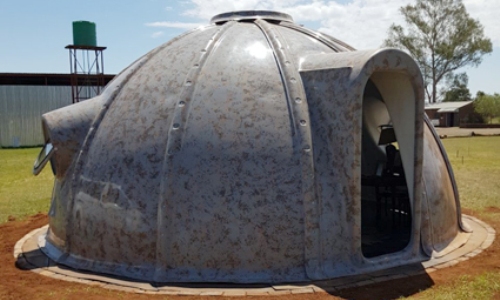 We received an email recently from Leon Reynolds in which he told us of a Futuro off R706 about 10 miles or so south west of Bloemfontein, South Africa. The Futuro is visible in Google Maps and Google Earth and is located at 29°13'14.71"S 26°6'21.06"E.

We had never heard of a Futuro at this location before and we have seen no photos. In the past we have resisted adding a Futuro to the "confirmed" list on the basis of Google Maps and/or Google Earth and a "report" without photographic evidence as we have had many such reports which actually turned out not to be Futuros. Satellite imagery is often unclear and while it can be suggestive of a Futuro it is not usually conclusive. In this case however we do believe that this is indeed a Futuro for two primary reason: 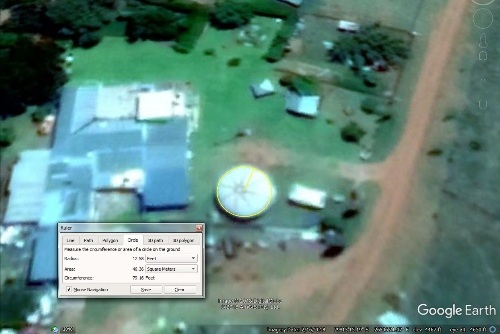