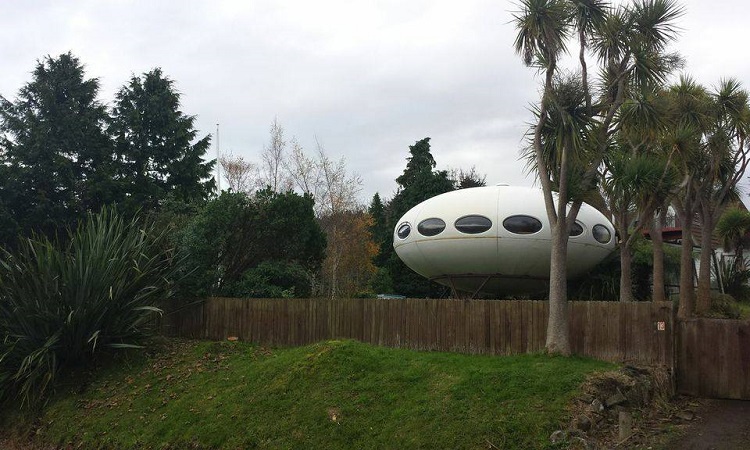 This is one of the lesser photographed Futuros so it as nice to see this recent photo sent to us recently by Zeb - thanks Zeb. 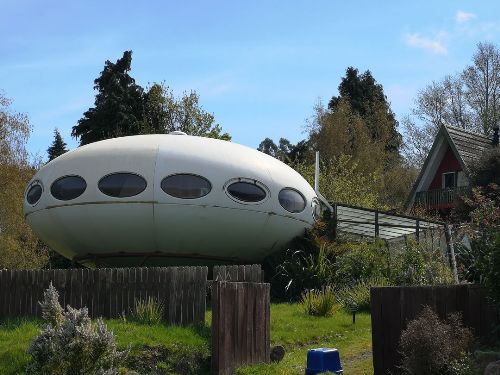 As we have often said we love black and white photos and here we not only get a great black and white photo but we also have the bonus of it being a photo of one of the Futuros that does not seem to get photographed very often; it is great to see a recent photo of this Futuro. The photo was posted to Instagram by midcentury_hobart 110219. 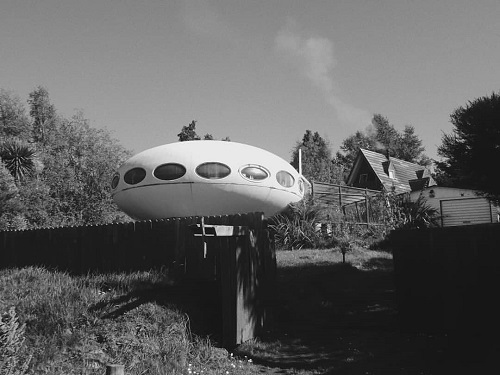 It appeared that this Futuro would now afford people the opportunity to experience "Futuro living" as it was listed on Airbnb on 051819; the owner may have listed it sometime ago though we only happened upon the listing recently. That seemed like a great opportunity for any Futuro fan who might be visiting the area but a check of the link 060219 could find no mention of the Futuro.

There was also a review titled "Room review: Staying in the 'Spaceship', Warrington" published on the website stuff.co.nz 060219 which included the video below. That article also included a link to Airbnb to book but that is also not functional as of 060219.

Futuros hit the market only infrequently and when they do they often generate quite a bit of interest. With 2017 just having "closed out" it was interesting to see several articles reporting on the fact that the listing of this Futuro on trademe.co.nz a few months ago turned out to be the top listing for the year on the platform; a couple of such articles can be found here and here.

The footage below which includes both exterior and interior views of this Futuro appeared on odt.co.nz a couple of months ago.

This Futuro/land package sold extremely quickly; only two weeks from listing (090417) to sale (091817). It appears that the Futuro will remain in Warrington. The website stuff.co.nz reported that:

"... the spaceship was ... sold to an anonymous Futuro fan who plans to keep it in its famous Warrington home."

The stuff.co.nz article goes on to quote seller Juanita Clearwater who indicated that:

"... her family trust which owned the Futuro had accepted an offer from an anonymous Kiwi doctor. He bought it sight unseen with an unconditional cash offer ... We had higher offers but we took the one that was the least complicated and most passionate about the home, which was a defining factor for me ... So, we did have higher offers but we thought, no, this gentleman is going to appreciate it the most and will look after it."

As of 090317 owner Juanita has listed her Futuro for sale; details can be found on trademe.co.nz here. The sale includes not only the Futuro but also the 1032 square meter plot overlooking Blue Skin Bay.

The degree to which individual Futuro Houses have been photographed varies enormously and we have not previously come across many photographs of the Warrington Futuro. That changed recently when current owner Juanita Clearwater started the Facebook Page Futuro Homes Of New Zealand and posted a series of great shots of her Futuro (both exterior and interior). Juanita kindly allowed us to share these photographs here; thanks Juanita.

We have to say that the Futuro seems to be exceptionally well maintained and looks to be in superb condition. It has also clearly had a significant amount of "TLC"; compare Juanita's new exterior photos with this photo from Wikipedia and note the vastly improved exterior appearance. We are not aware of any earlier interior photographs to compare the interior to but Juanita's photos show that the interior condition is also excellent.

We confess to being just a little envious; it is one thing to own a Futuro in such great condition but when you add to that the awesome location overlooking Blueskin Bay you have something pretty special. 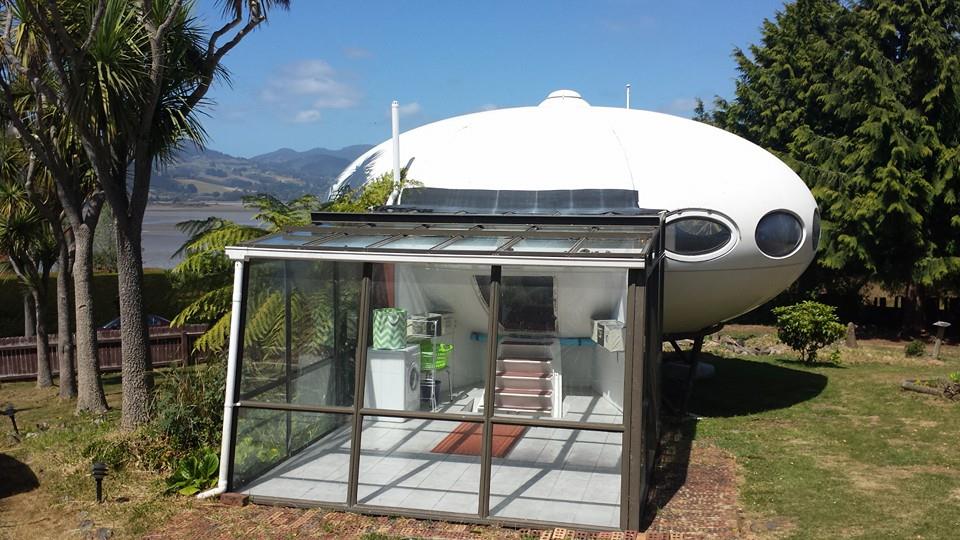 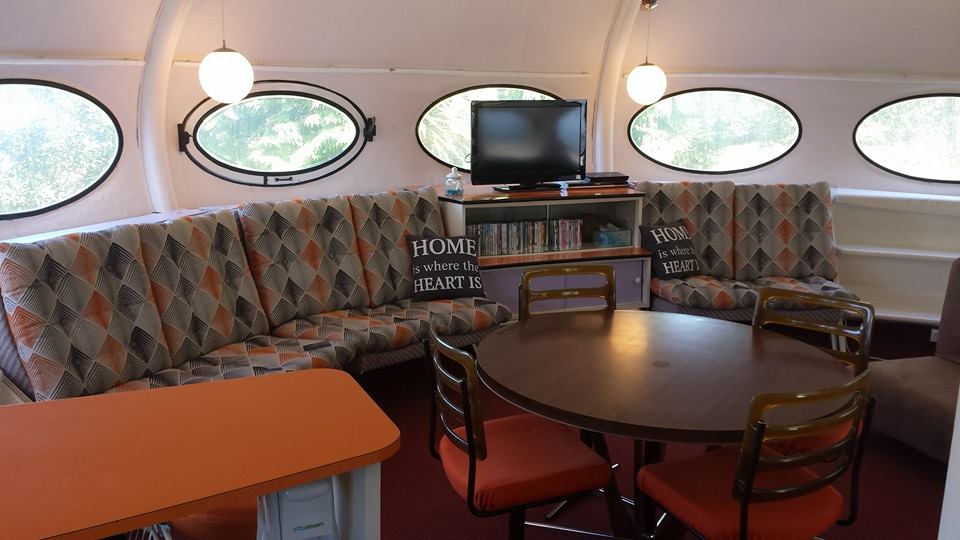 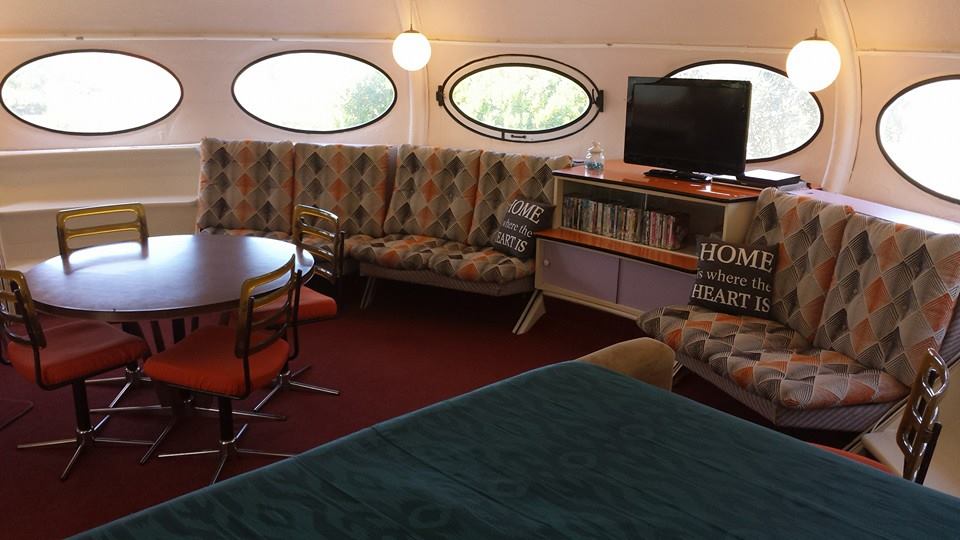 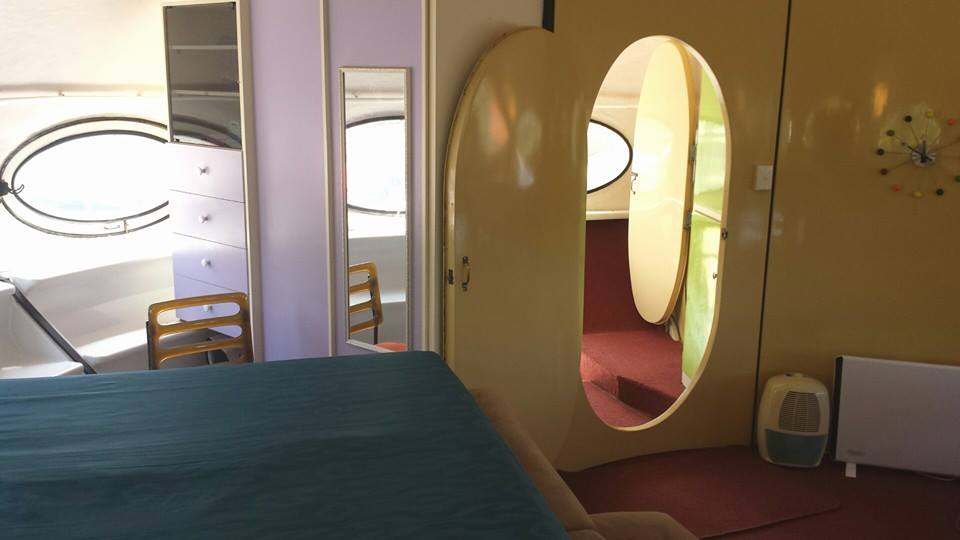 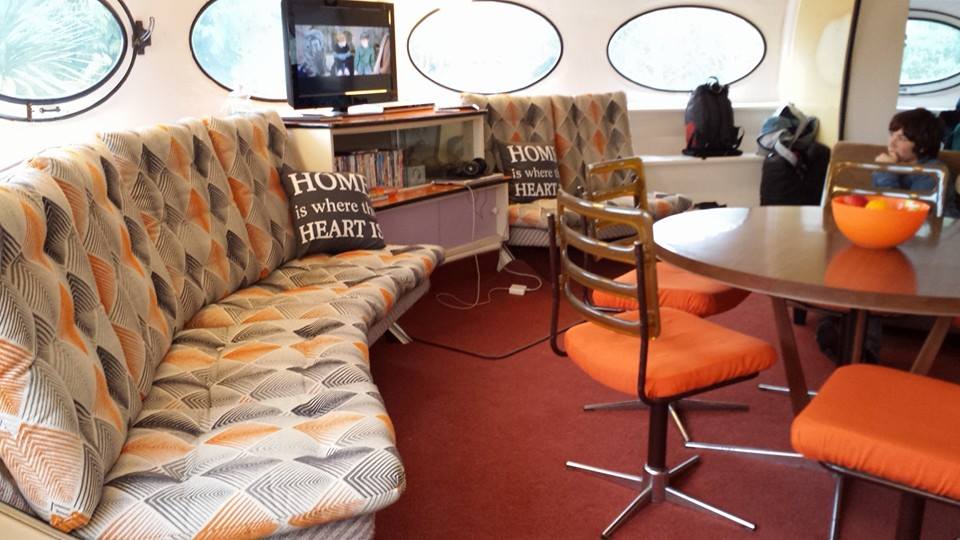 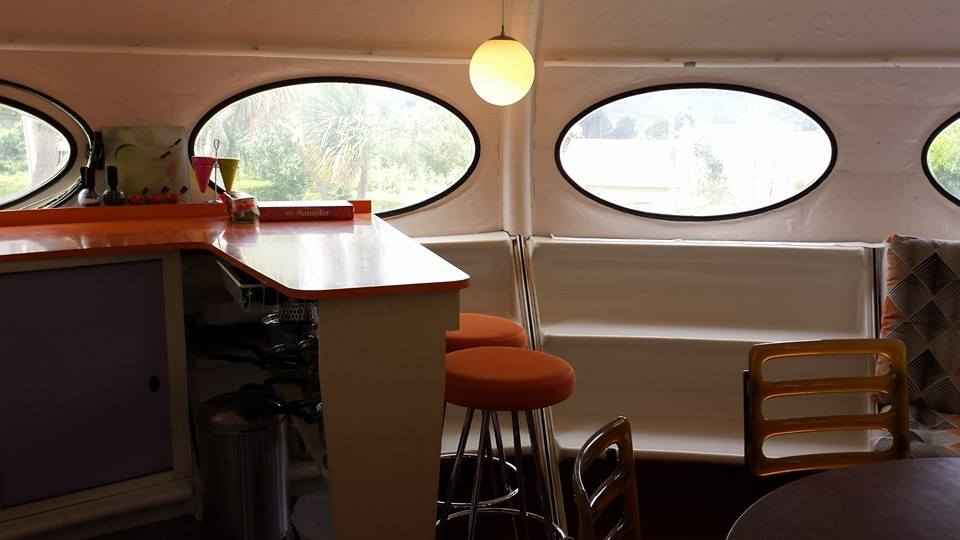 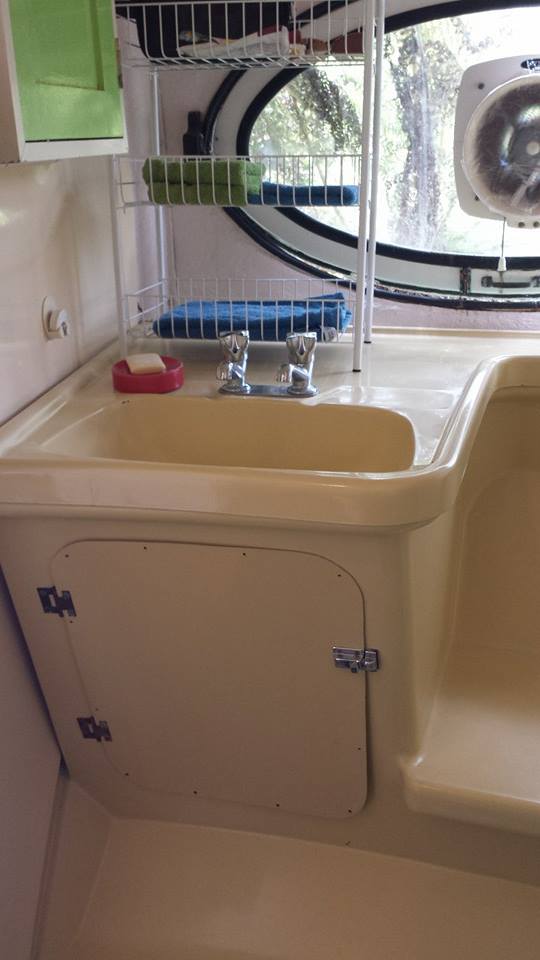 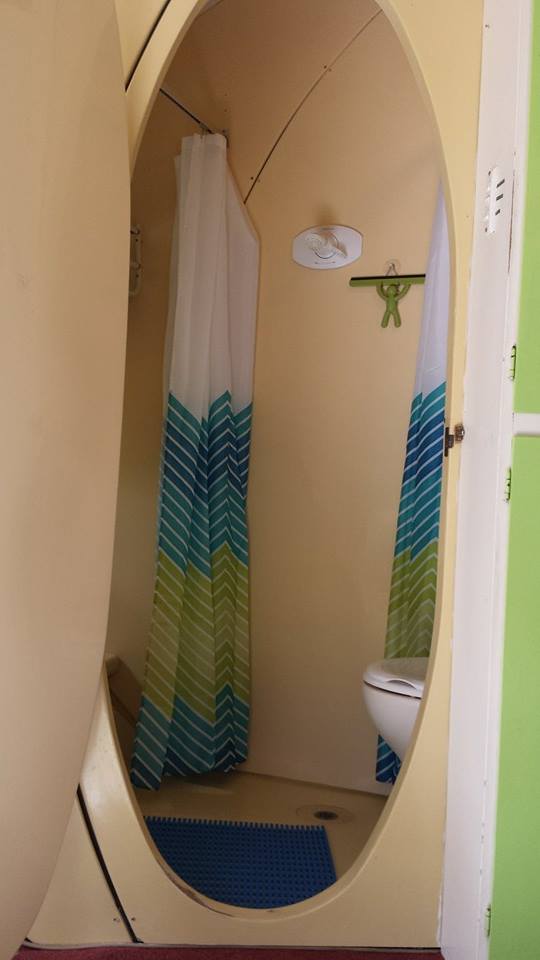 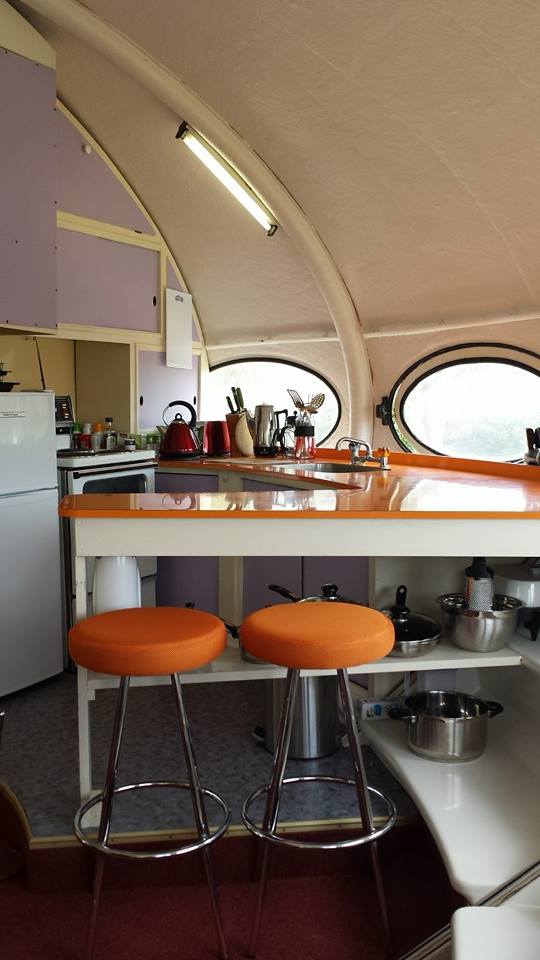 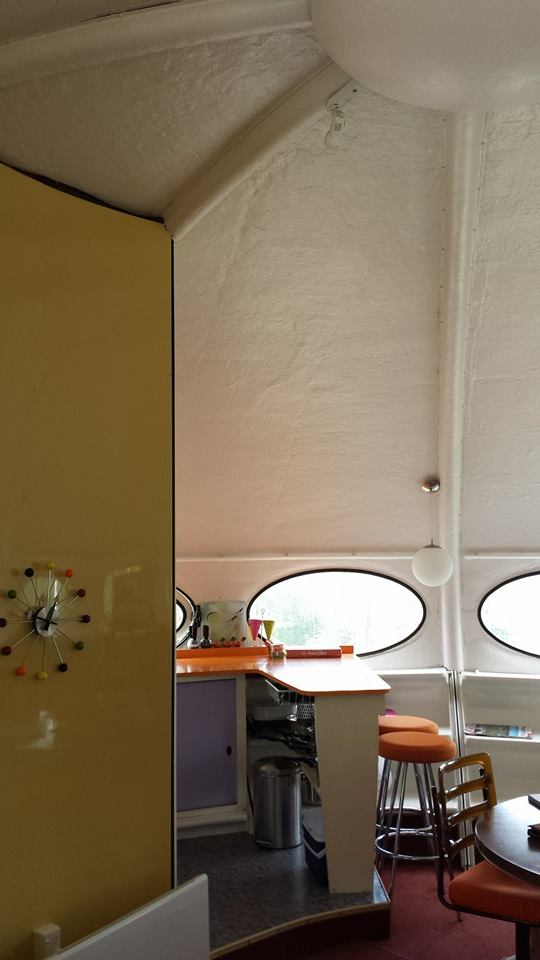 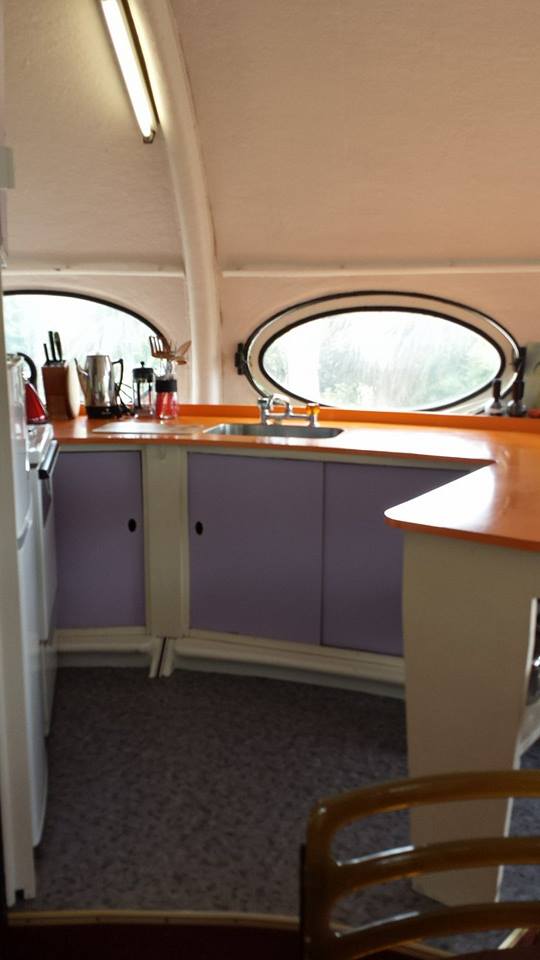 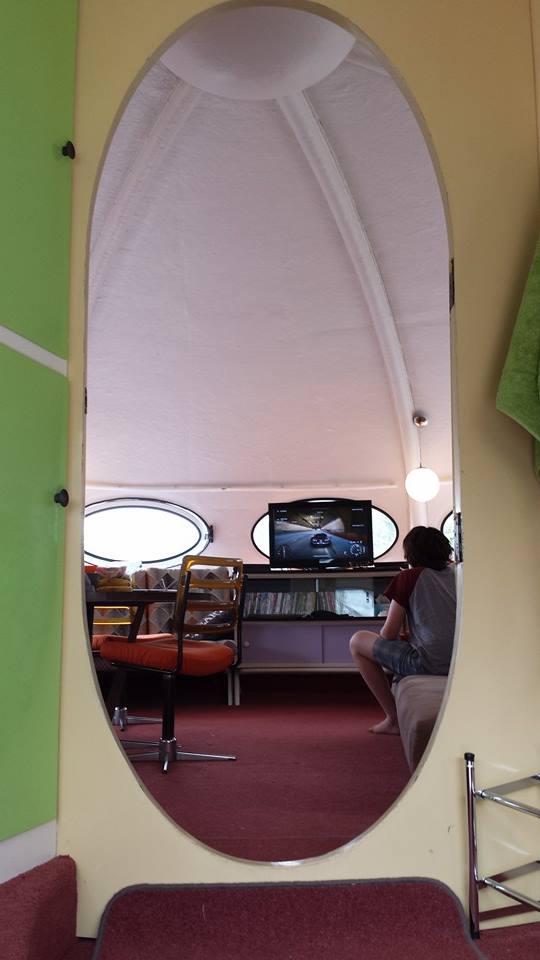 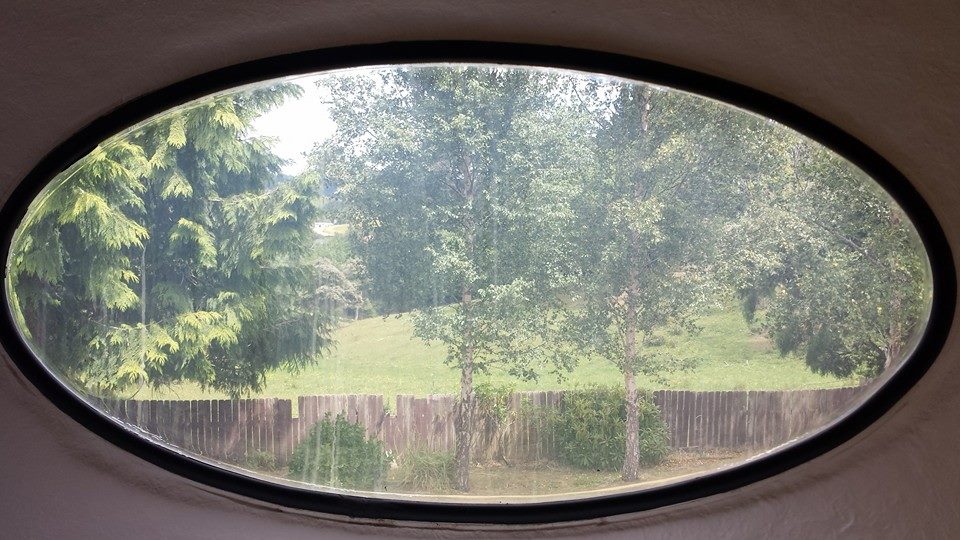 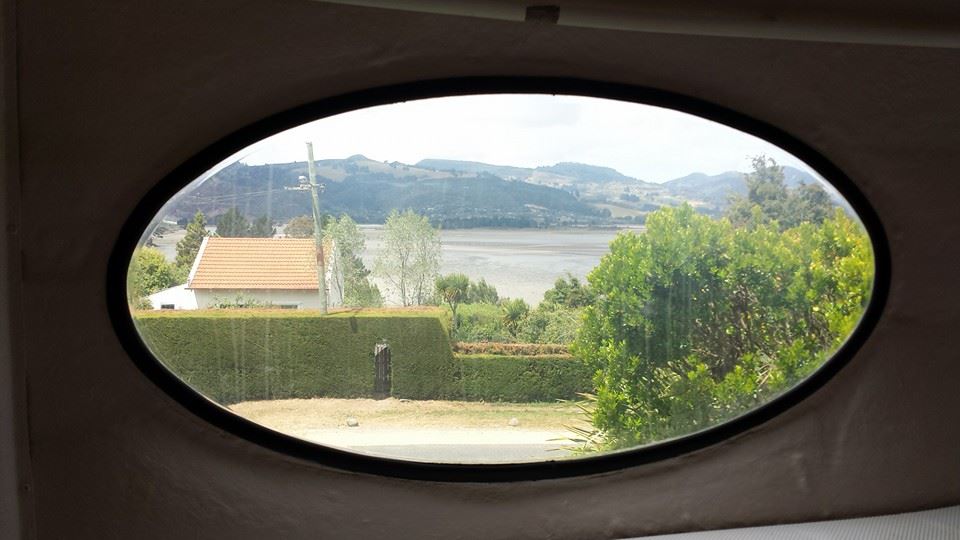 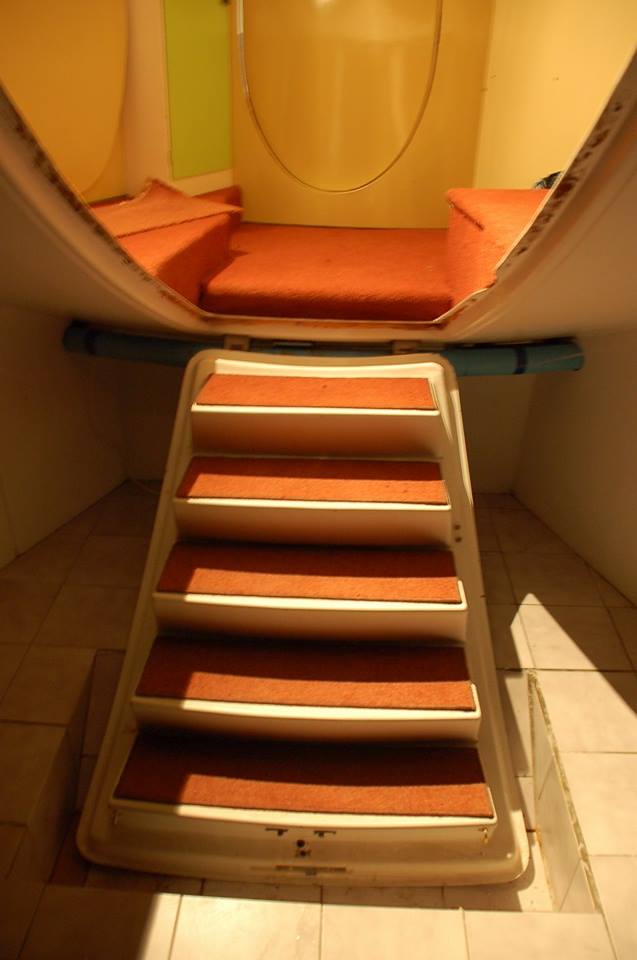 Just the other day we found a short snippet on the Warrington Futuro in an article titled - I'm starting to think that "open plan" is a euphemism for "wingnut" - on the website LovelyListing.com. What was interesting is that it appears that this Futuro (much like Drew Poggeman's "Pod Up North") is, or at least was, available for rent back in 2009 (the article is date 091609). The image of the ad below was sent to us by Joe R. and is displayed courtesy of LovelyListing.com 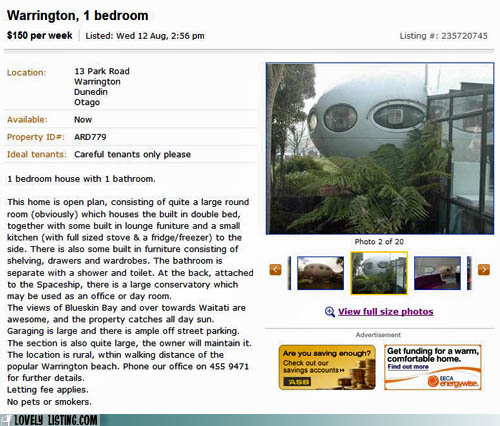 According to an Otago Daily Times article of 040409 Grant Major, owner of this Futuro located in Warrington, Otago, New Zealand, is planning to move it to a new beach front location in Auckland. Major is something of a collector of mid/late 20th century items and memorabilia and the Futuro goes along with, among other things, his 1964 Ford Thunderbird; do we sense ourselves turning a little green? Of the Futuro Major is quoted as saying:

"I originally saw the Futuro design in one of my father's Playboy magazines in the 1960s and I've been after one ever since."

As of 111210 the Futuro has not been moved as it still appears on Google Earth imagery with that date.

We have not seen very many photos of this Futuro. The photo below is from Wikipedia under CC 3.0 license; it was taken 033109. One other photo can be found on the Otago Daily Times website. 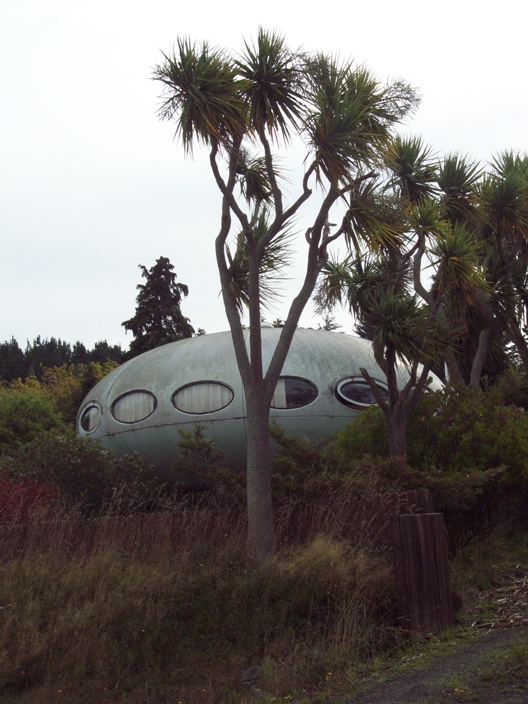 This photograph by lowercasewriter taken 082922.