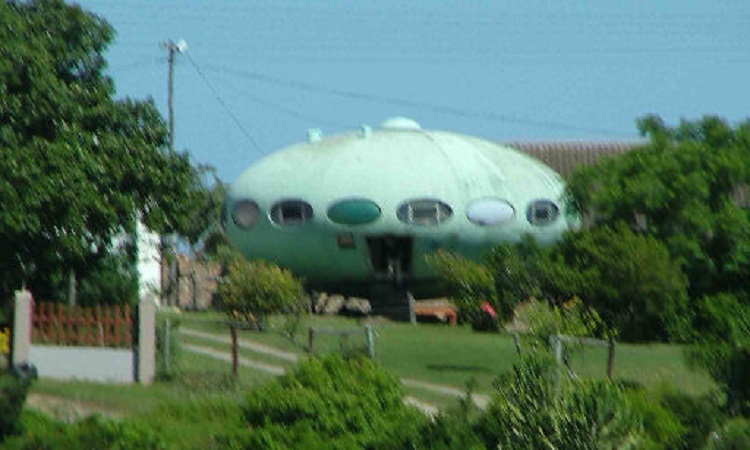 This Futuro House has been sold and relocated to the United Kingdom as of June 2013.

In a January 2010 article on the website ParanormalMagazine.co.uk the owner of what is thought to be South Africa's only Futuro House is said to be considering dismantling and relocating the Futuro. Located for some 40 years close to the banks of the Kowie River in Port Alfred, South Africa the Futuro is showing its age. Owner Art du Randt is quoted as saying:

"The UFO is old and falling apart ... we must make a plan to try and save it before it is too late."

Over the years the Futuro has served a variety of purposes; its past roles have even included serving as kennel to a large dog and her brood. The owner is unsure exactly what use would be made of the Futuro after a move and restoration with ideas ranging from a kid's playroom to a novelty pub having been considered. No firm plans have been made at this time however; while du Randt is keen to restore the Futuro such a task is anything but a modest undertaking.