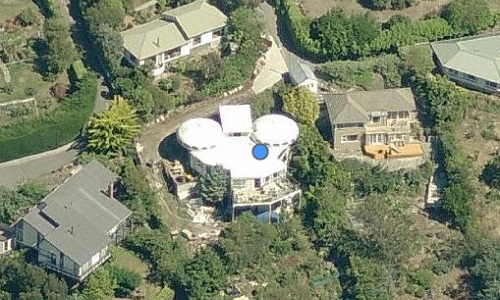 This Futuro is one of the least photographed and it has been a long time since we saw an up to date photo. That said KC Lai was kind enough to send us this shot he took 051722 while hiking in the area; it's nice to see a recent shot. 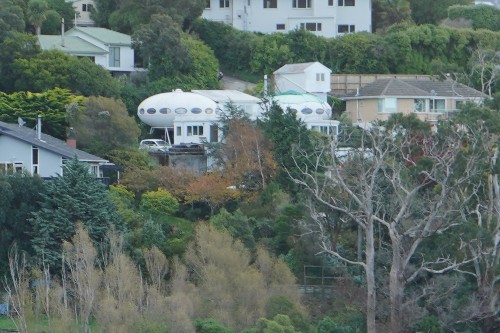 This cool photo of one of these two Futuros during its time in its original location of Hanmer Springs was recently posted to Instagram by fellow Futuro enthusiast futurohouse. 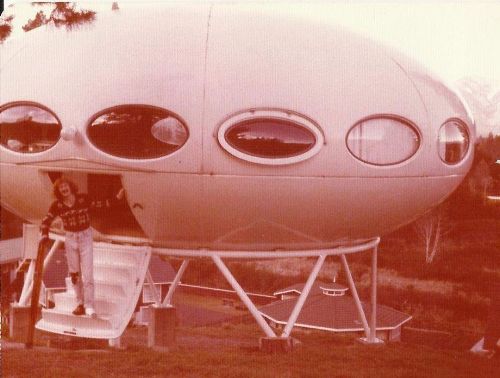 Back on 052415 this page was updated to reflect Hanmer Springs as the original location of one of these two Futuros; that update included the only photo we had seen of that location. Until now! 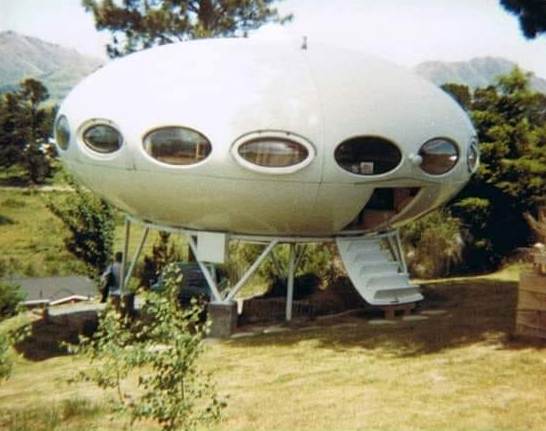 Yves Buysse recently sent us a link to Spacebug's webpage and an archived article from the publication Designscape (Issue #86, 1976). The article is about Futuro Enterprises (Christchurch) Ltd. and it included the photo below to illustrate the interior of a Futuro.

It is unclear in the article if this shot was of the interior of the demonstration Futuro at the company's factory or taken in a unit already delivered to a client. That said the photo is almost identical to this photo of the interior of the first of the two Huntsbury Futuros right down to the bird of prey sculpture so if it was the demonstration unit that unit was then delivered to Huntsbury almost completely unchanged internally. Additional photos, pdf's of the article and more detail can be found here. 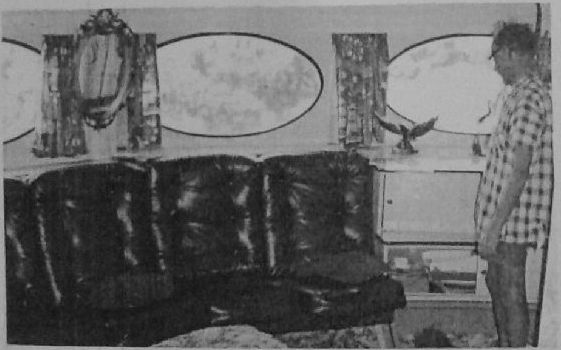 This week we received the photo below from Nick McQuoid; the photo is of a Futuro located at 24 Chalet Crescent, Hanmer Springs, New Zealand.

We had not come across this particular location previously. Nick tells us the Futuro was in Hanmer Springs from the 1970's through about 1990 when it was moved to Kaikoura. As we know in the early 2000's the Futuro was again moved; this time to its current location as one of the two now on Huntsbury Ave. Thanks for the photo and the info Nick. 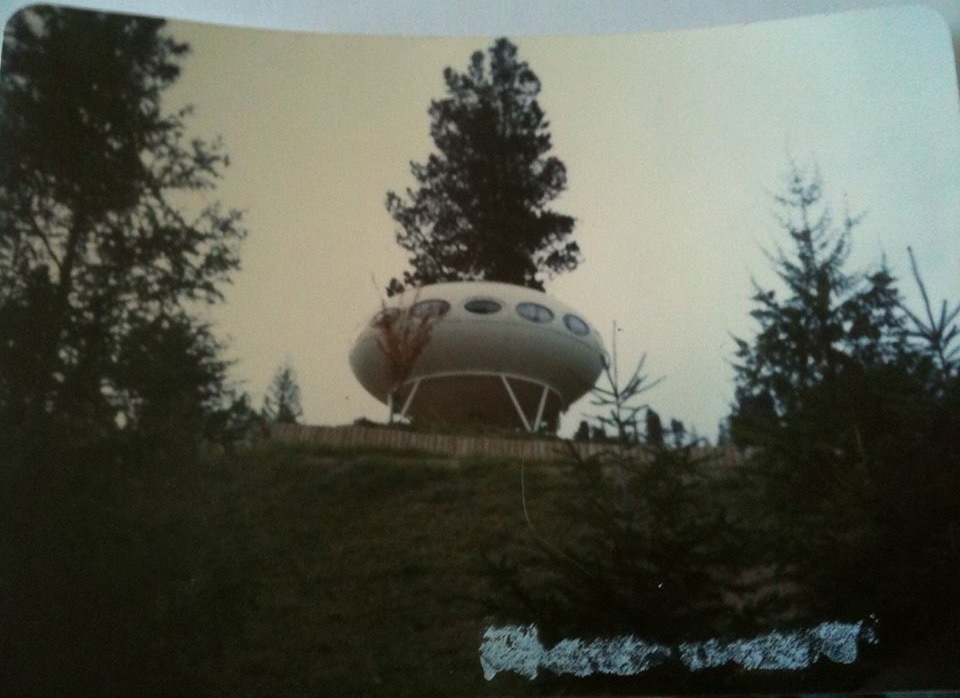 As is obvious by these pages we spend a great deal of time researching the Futuro House but no matter how many searches we run and how much time we spend there is always more out there that we have not come across. This week Nick McQuoid (owner of three Futuros, two in Rangiora in process of restoration and one disassembled and in storage in Invercargill) sent us a link to a March 2012 post on the Lost Christchurch Facebook Page.

The post included some very cool photos (both exterior and interior) of one of these Futuros as it was back in the days when it was the only one at this location. The photos below are courtesy of the Lost Christchurch Facebook Page and Nick; thanks for sending us the link. 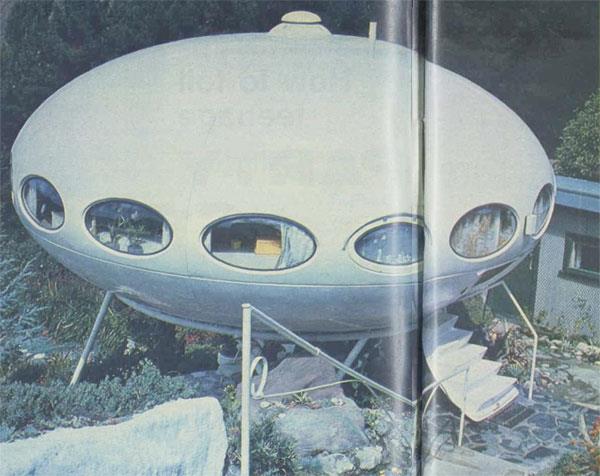 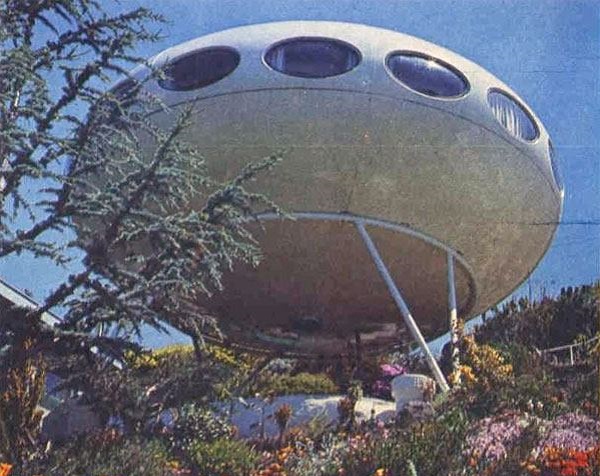 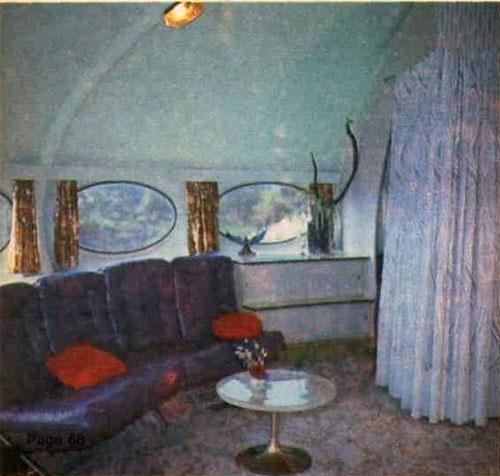 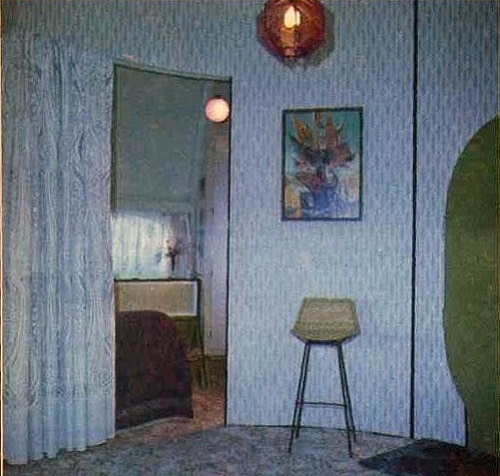 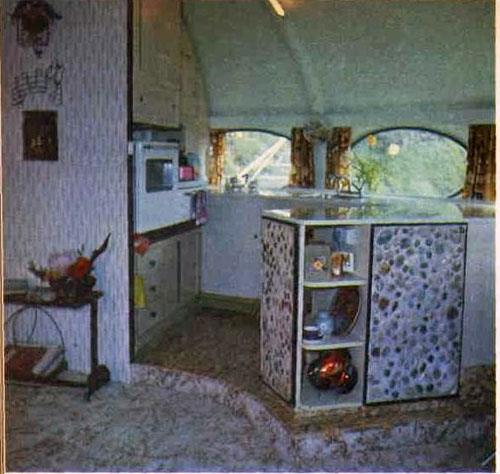 Prior to the early 2000's there was a single Futuro on this site. New Zealand author and journalist Marjory Staples (who wrote under the "pen name" Rosaline Redwood) and her husband brought the first Futuro to the site and later sold the property to the current owners in August 1997. The second Futuro, previously located in Kaikoura, New Zealand was moved to the site by the current owners in the early 2000's. In the narrative below we refer to Rosaline Redwood as opposed to Marjory Staples since we are discussing one of the books written under the Redwood "pen name".

In the book He Was There, Too: Reminiscences of a Christian Journalist Rosaline Redwood chronicles some of her many trips to places around the world on magazine and radio assignments. In Chapter 2 of the book, "Guinea Pigs In A Flying Saucer", Redwood recounts some of the interesting history of the Futuro House and includes some of the many issues she encountered both with the original installation of the Futuro and also with the day to day experience of living in a Futuro.

Rosaline Redwood first saw a Futuro House on the TV; she recalls it being described as "The House Of Tomorrow" and goes on tell us how it was credited with being:

"... burglar-proof, noise-proof, rust-proof, hurricane proof and any other proof you could think up ..."

Plans already in progress for a retirement home changed almost immediately. Though there are no dates in the book Redwood tells us that:

"The construction company had found the landing pad for their first permanent flying saucer. They had found their guinea-pigs too ..."

which suggests that, other than temporary locations and exhibitions, this was the first Futuro in New Zealand. Redwood boasted to her friends of a "house in three days" and she and husband Richard put their current property on the market. The unsuspecting "guinea-pigs" had no idea that three days was about to turn into several months.

The first hurdle was "red tape" and planning regulations. There were no rules that could readily be applied to this totally new concept and so the "planners" and "regulators" had to come up with new ones. There were plumbing, building and electrical inspections; the City Council required extensive stress tests that took significant time and weeks ran into months. The first attempt at installing the foundation was faulty and it had to be redone. Eventually the Redwoods found themselves camping in a small shed for a time. Redwood summarizes this way:

"The three-day construction job had extended to nearly seven months. It was still far from finished. But there was a roof, a floor and a bed. After the hut, it seemed spacious."

Finally moving into the Futuro should, Redwood says, have been an occasion to celebrate but in fact she recounts how:

"With the blissful ignorance of average guinea-pigs, we were launched into the most grueling aspect of the trial."

Over the coming months and years the Redwood's faced all manner of challenges including: There were other challenges along the way too but eventually the "gremlins" were killed off and the "bugs" zapped and one day Redwood and her husband found that they had:

In August 1997 the property, still with a single Futuro, was sold to the current owners.

The only photo we have ever come across of the Futuro in Kaikoura can be found in the marvelous book Futuro: Tomorrow's House from Yesterday edited by Marko Home and Mika Taanila. The photo, shown below, gives an idea of the magnificent mountain side location the Futuro occupied. That said it is not a great photo of the Futuro itself. If anyone has any photos of the Futuro as it was in Kaikoura we would love to hear from you.

The exact timing of the addition of the second Futuro to this site is not known. The earliest Google Earth satellite imagery for the location is dated 120304 and shows both Futuros so it is clearly prior to this date. However we can actually determine that the date was in fact 2002 or earlier based on a Neil Owens photo showing both Futuros on site appearing in Home and Taanila's book. The book was first published in 2002.

The most recent satellite imagery in Google Earth is dated 082913 and shows that the Futuros are still on site as of that date.

These two images show the Huntsbury site prior to the addition of the second Futuro. The first is the cover of the book He Was There, Too: Reminiscences of a Christian Journalist written by Marjory Staples (writing under the "pen name" Rosaline Redwood), the previous owner, and the second was sent to us by Achim Breiling. 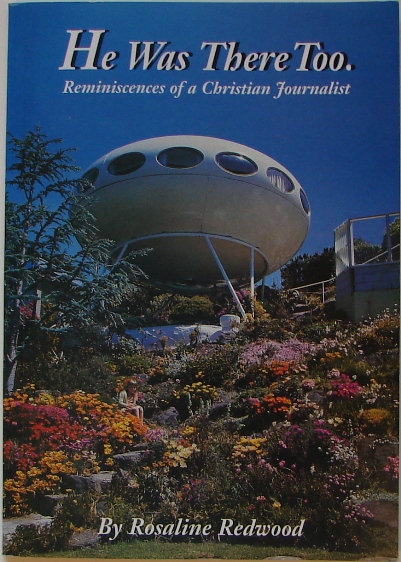 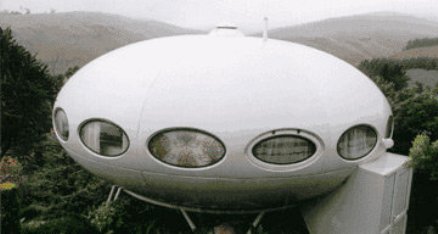 This interesting "play" on the Futuro was sent to us by Yves Buysse and shows an edited version of the image above created, presumably, as "advertising" for a specialty watch maker. The image was found online but the original source is now "lost in the mists of time". 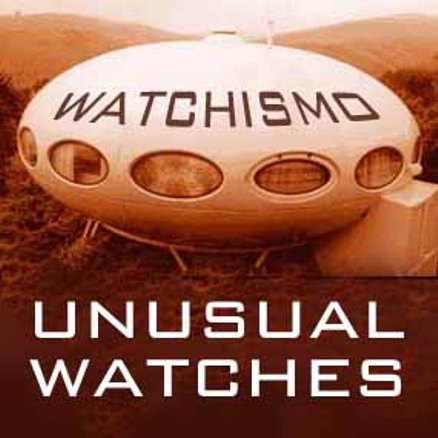 The Photo below by Paul McNeil and published in the wonderful book Futuro: Tomorrow's House from Yesterday edited by Marko Home and Mika Taanila is the only one we have ever seen of the Kaikoura Futuro prior to its being relocated to its current location. It illustrates the awesome mountain side location but the Futuro itself is small and cannot be seen in any detail. 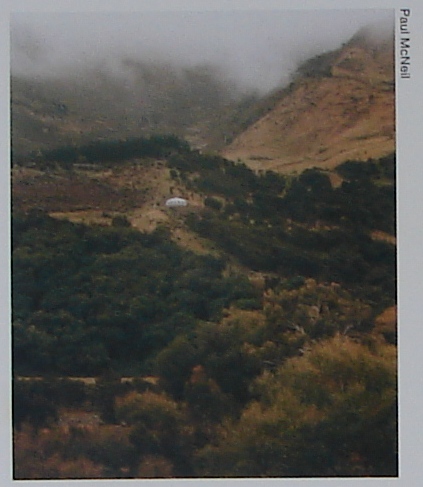